Pilok - Mines and Viewpoints
Pilok (Ban E Thong) is about 210km north-west of Kanchanaburi on the mountain-border to Myanmar, GPS 14.67928, 98.36518. The people here speak nearly nothing english because it is a thai-tourist destination!! But it is a wonderful way from Kanchanaburi because you passing the vajiralongkorn dam and up to the mountains.
My nice room near the buddha,

with breakfast and hot shower was 750 baht/night. 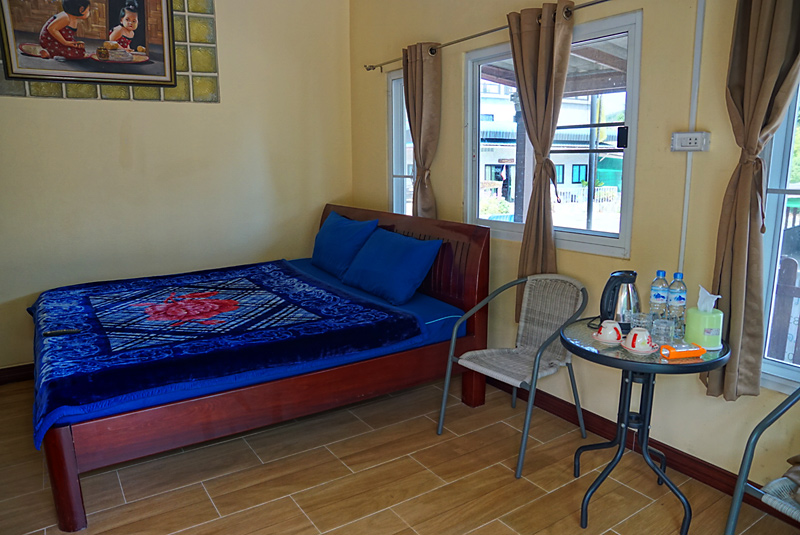 The young dogs feel cold in the early morning

Sometimes tourists can go to the armee-camp and they sell coffee, soup and snacks in the morning. 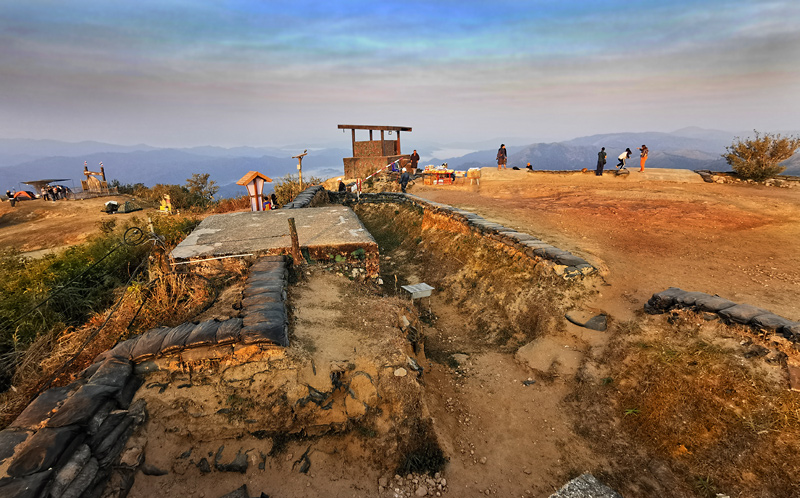 Around the viewpoint was also mining (tunsten and tin), on the road you can see some small “caves” from them. 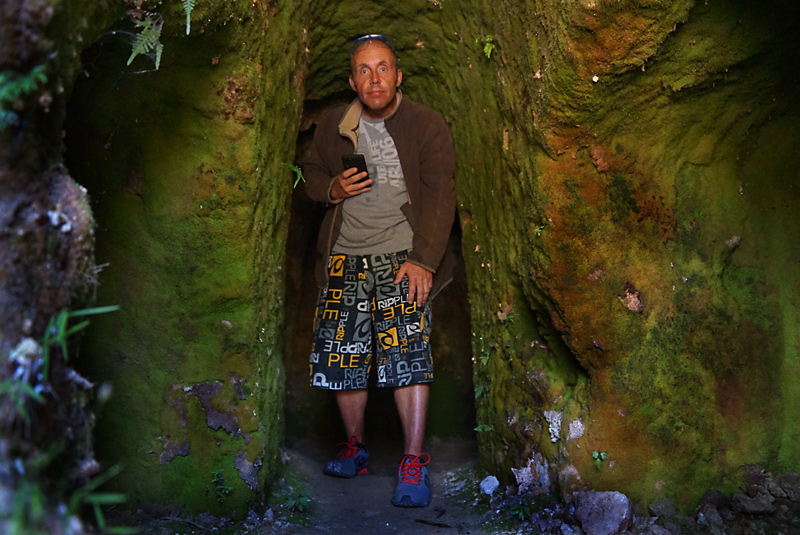 1kilometers behind Ban E Thong the border to myanmar,

first wake through a small canyon

and then the famous view over myanmar

I love the original gafae nom, only 25 baht 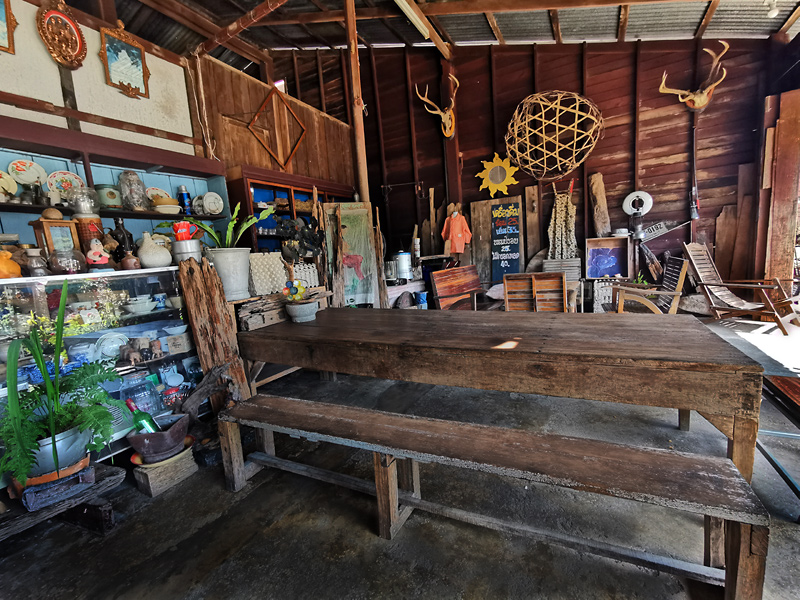 The small village has a shopping-area with restaurants and a few shops, no 7eleven here. 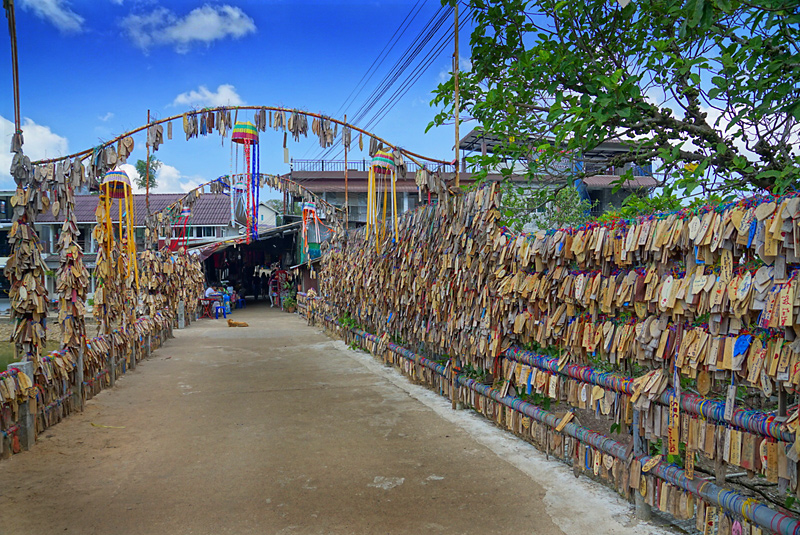 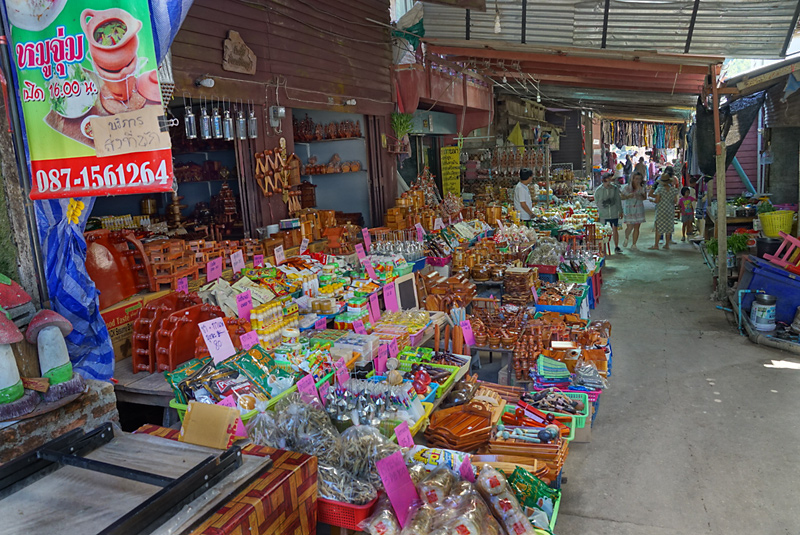 The open air museum with some old engines and cars, free.

If you want drive to somsak mining area you need a good 4wheel car or a motocross bike because the road down there is short but bad. The first 3km only offroad with some rocks, the last 2km stepy down.

A nature place with some broken buildings, a temple and a guesthouse, good for trekking. 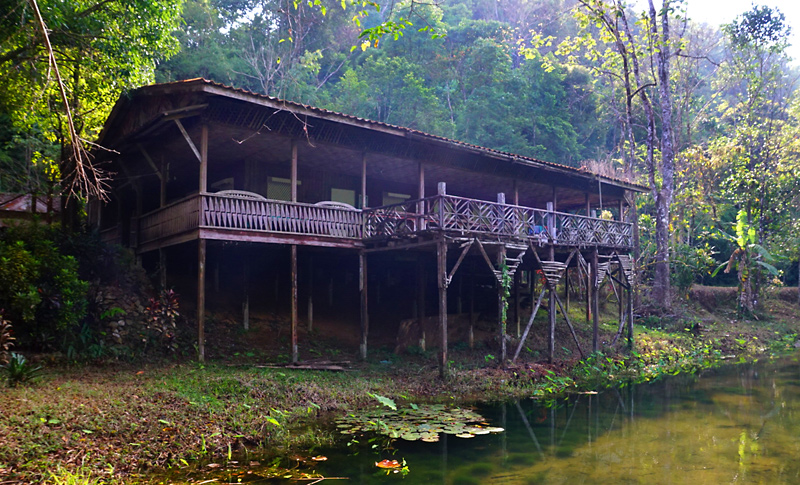 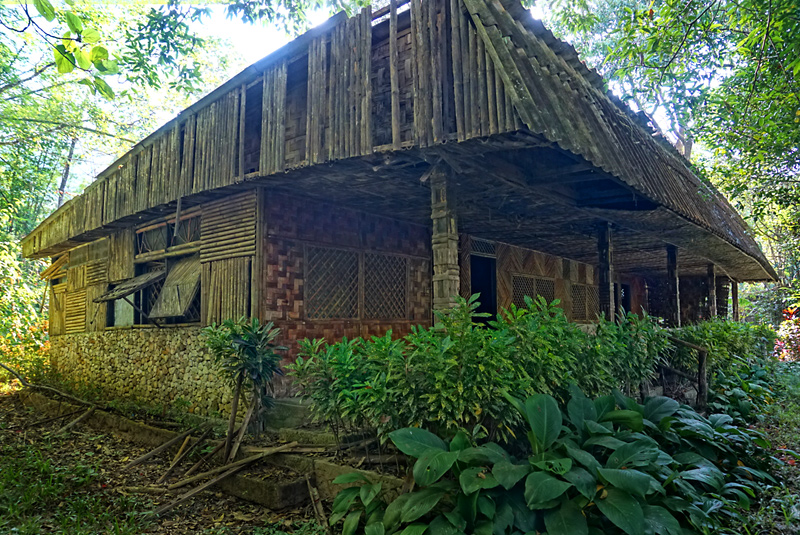 All other streets in the area are possible with scooter or regular cars.

http://moto-mania.asia/somsak-mining/
Information from wikipedia Pilok - Wikipedia
Pilok has various places of interest, many of which are natural features within Thong Pha Phum National Park. The village of I-tong itself has become a tourist destination for its rustic atmosphere and the fog which regularly rolls in over the surrounding hills. In the village's vicinity, the site of the abandoned Pilok Mine, with its old buildings and machinery, is open to the public, and the Buddhist temple Wat Mueang Pilok (วัดเหมืองปิล็อก) sits on a hill overlooking the village. Another hill, Noen Sao Thong (เนินเสาธง, "flagpole hill") lies on the border itself, and also features a viewpoint under the twin poles which fly the flags of Thailand and Myanmar side by side. There is a border crossing nearby, but it is not open to the public.
Also surrounded by the national park is the Somsak Mining Forest Glade, a guesthouse set in the grounds of a former mine. It is owned and operated by Glennis Setabundhu or Auntie Glen, an Australian who moved with her Thai husband Somsak to the country in the 1960s. Following the mine's closure, and her husband's death in 1994, Glennis reopened the mine as a guesthouse in order to keep the place alive and support the mine's former workers. Known for its remote location in the middle of the forest, access to the Forest Glade requires a 5-kilometre (3.1 mi)-drive via all-terrain vehicle. The nearby Chet Mit Waterfall (น้ำตกเจ็ดมิตร, "seven friends waterfall") is within the mine's concession area.

Nice report Hellbob.
Its a good part of the world down there, although Ive only been to the Three Pagodas pass and Kanchanaburi, but Id like to check out the Noen Chang Suek Viewpoint in the future.

Thank you, Hellbob. Another neck of the woods to venture to.

Welcome back & a great little write up.
I like the look of this old restaurant