Easy Rider.
One of the best movies ever. I saw it soon after it came out. Had quite an effect on me. The start is brilliant. Throw your watch away, what does time matter, then ride off into an adventure on the open road. 2 guys on 2 bikes and that great feeling of freedom.
What bikes, too. Special indeed. I bet I was dribbling, as a 14 year old in the movie theatre.
A fantastic collection of sounds too. Steppenwolf nailed it.
Very sad to hear the creator, Peter Fonda has died. He wrote the story, starred in and directed Easy Rider. He also had the bikes built to his design.
The Captain America bike is worth over a million dollars now and inspired countless bike builders. It still looks cool and radical.

Ride On Peter.
Thanks for the wonderful movie.

Very Sad to me also.
Seems such a cliche - but that movie changed my life
Trivia - the builder of both bikes, from old police bikes, was Black

Peter called them "Hardleys", cause they hardly ever started... hahaha...

Yes a Bloody Shame, Lung Cancer got Him! R.I.P. Peter Fonda! You were the Man!
Peter Fonda, star of Easy Rider, dies aged 79 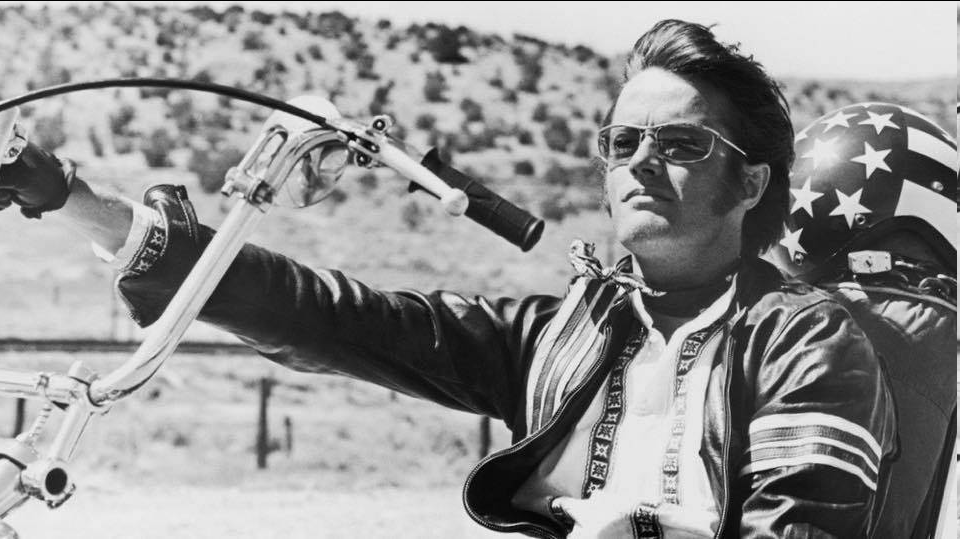 Yeah sad indeed. This film affected me a lot in my youth too. Long may the memories live on.


Dennis Hopper who directed & starred in the film died in 2010.

Thanks guys for giving us the joy of Easy Rider.

I ride an MV Agusta. This is an Italian racing motorcycle. It forces focus. You have to be focused and in my life, in this business, focus is hard to find sometimes. So I need to force focus and that's great. The bike takes you on a free road. There's no fences on the roads I ride and I don't ride freeways. That's as much as I can tell you because there are more lands waiting for this little Christian boy. That's not true. I'm an atheist, but what the heck.​
Last edited: Aug 17, 2019

ianyonok said:
Peter called them "Hardleys", cause they hardly ever started... hahaha...
Click to expand...