Its actually only a few kilometres from our place, and at night it is very visible from home as there is alot of lighting and it sits ontop of a hill, which is quite steep to ride up to the top


First attempt I rode to the top only to be greeted by 3 x dogs, 2 very large barking at me and running towards me, I wasnt too game to get close as shorts and thongs dont provide too much protection from those big teeth so I got out of there quick smart


I made a 2nd attempt and the dogs were not around, so I rode towards the Temple where there was a Monk doing some painting, I stopped and said hello, next thing the dogs had returned and were running towards me, next thing the Monk picked up a rock and threw it at one of the bigger dogs, good aim with a direct hit to its head, a few yelps and they were gone, the Monk was laughing ..............................a bit later the dogs came over to me and had a sniff around, tails wagging so that is a good sign


I asked if it was ok to look around the Temple and the answer was yes, at the Temple I was greeted by another Monk who was very proud of his Temple and showed me around, even opened the huge doors for a look inside, not much English but we communicated ok, him asking where I live and how I knew about this Temple, I actually rode up there about 5 or 6 years ago, on my PCX150 so must of been before 2017 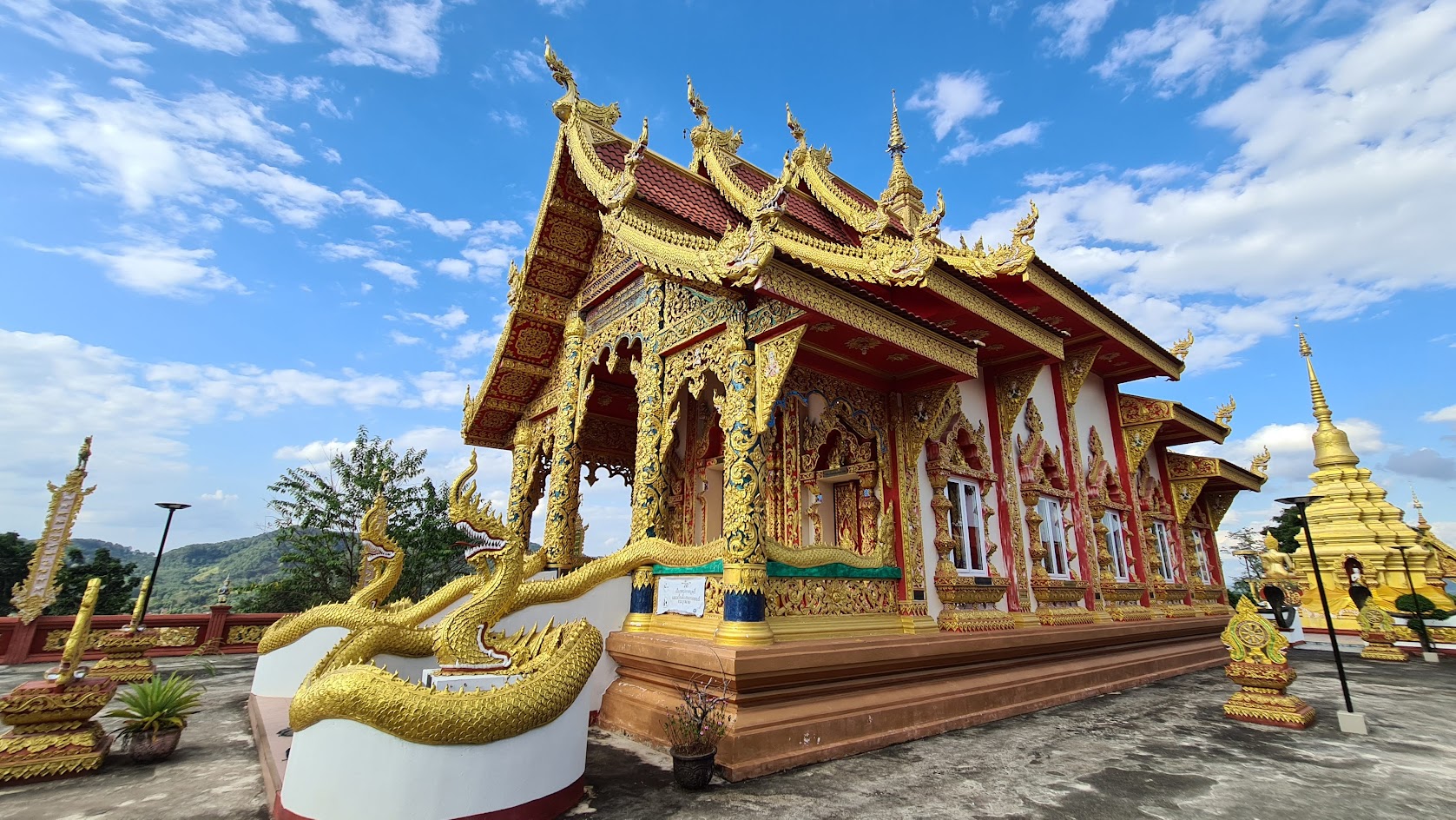 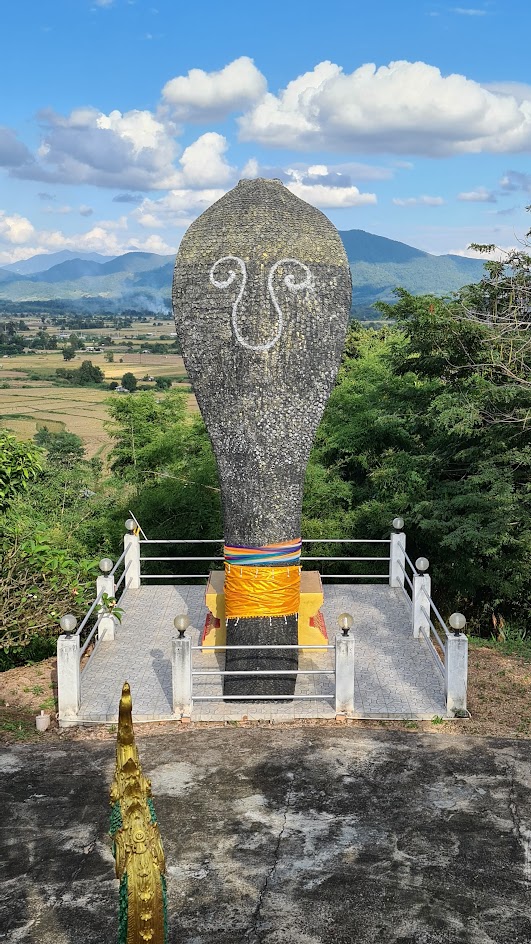 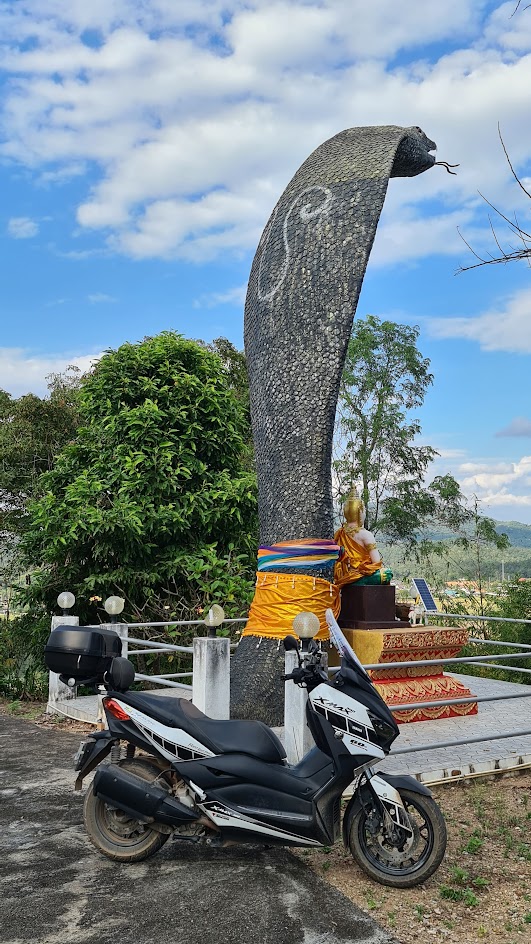 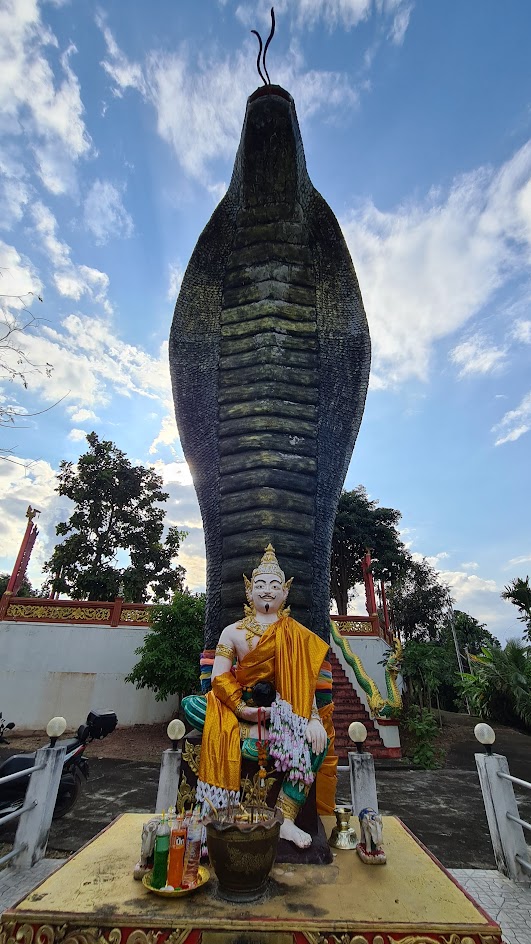 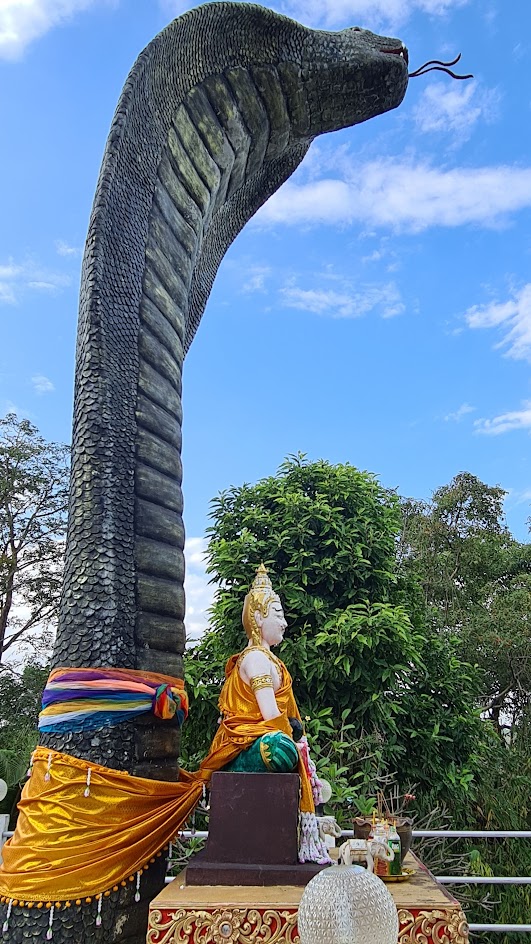 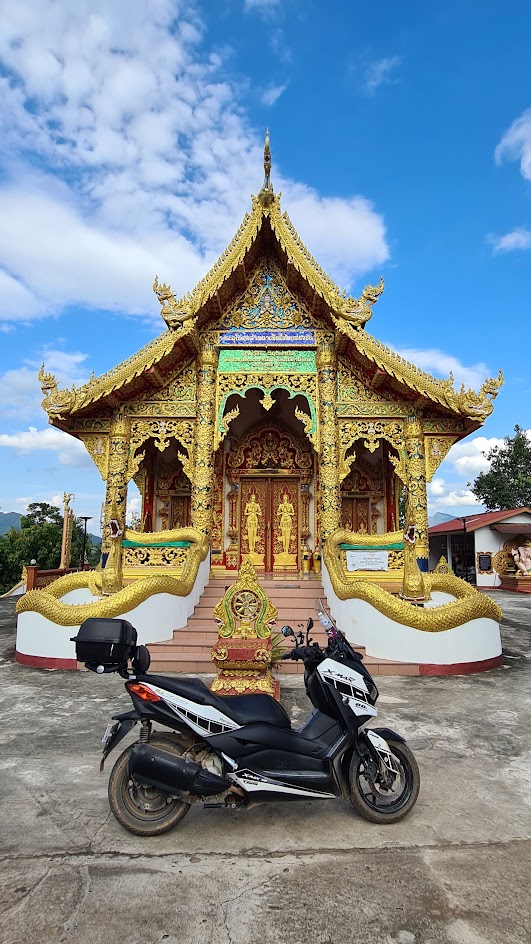 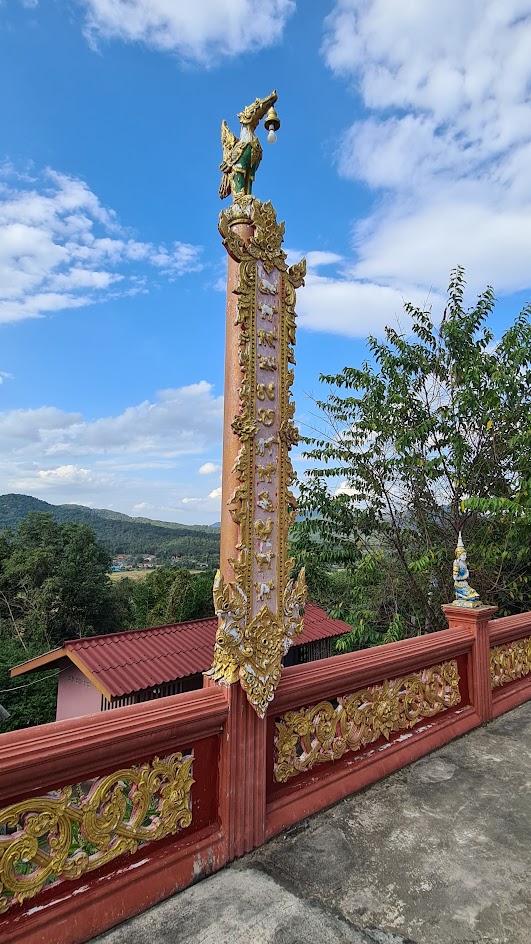 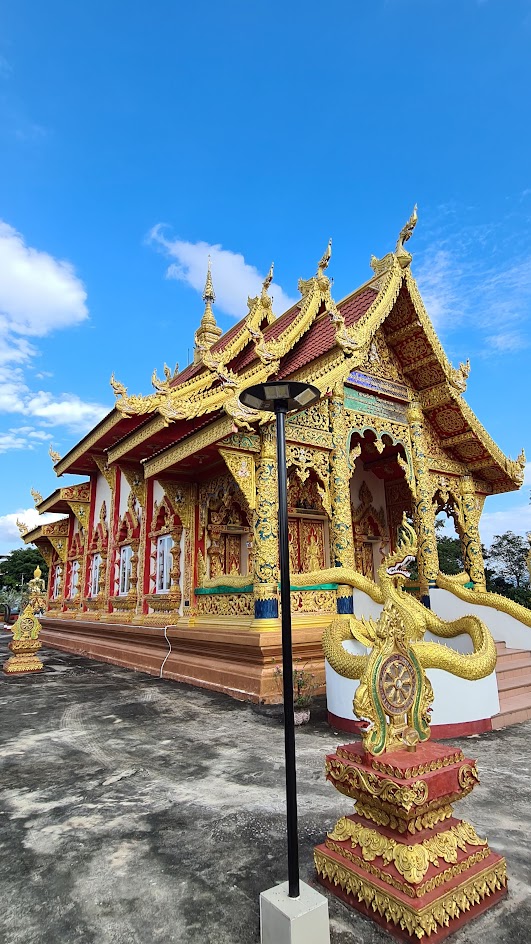 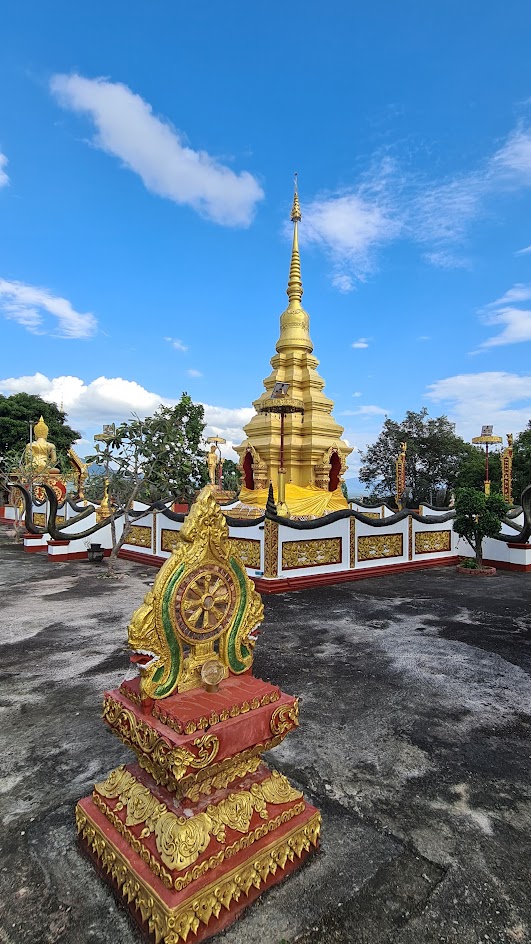 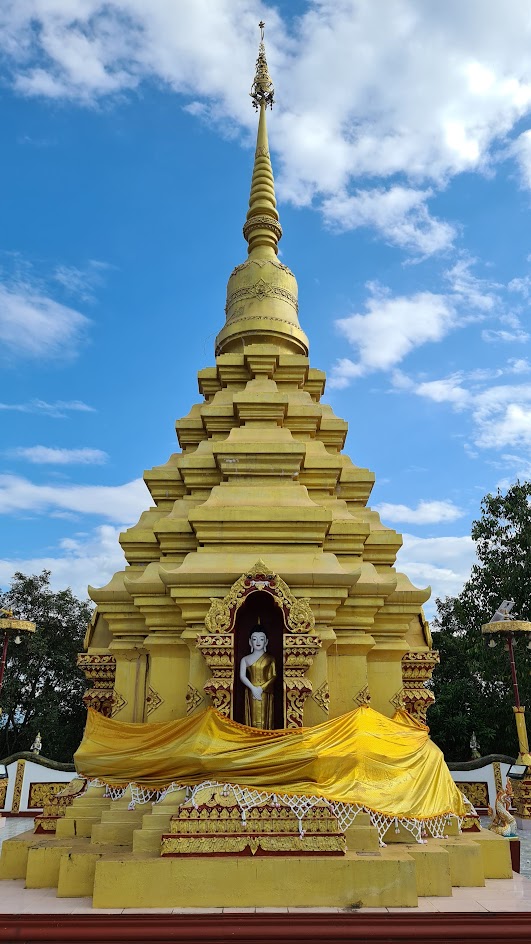 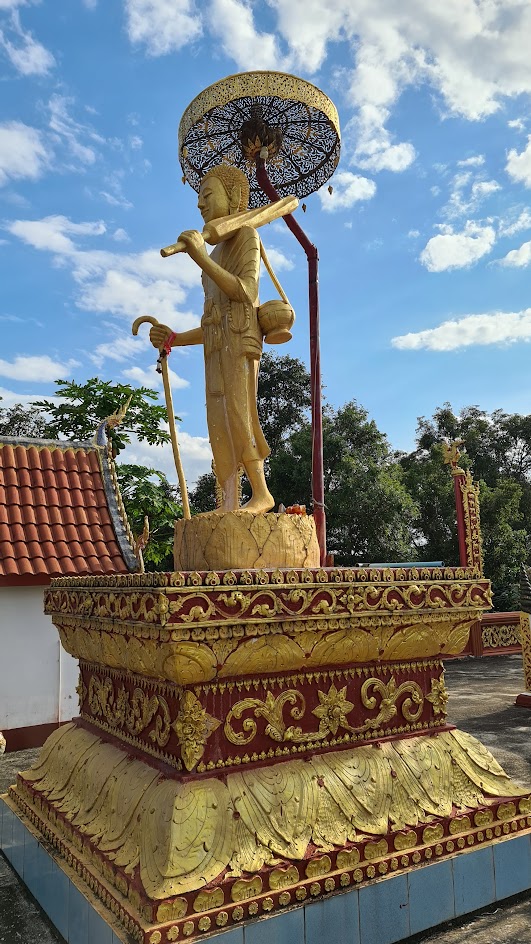 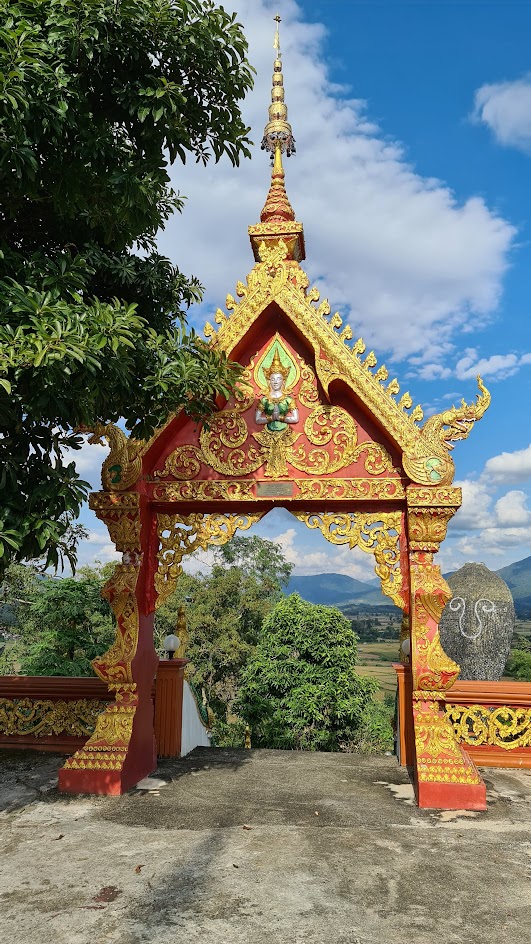 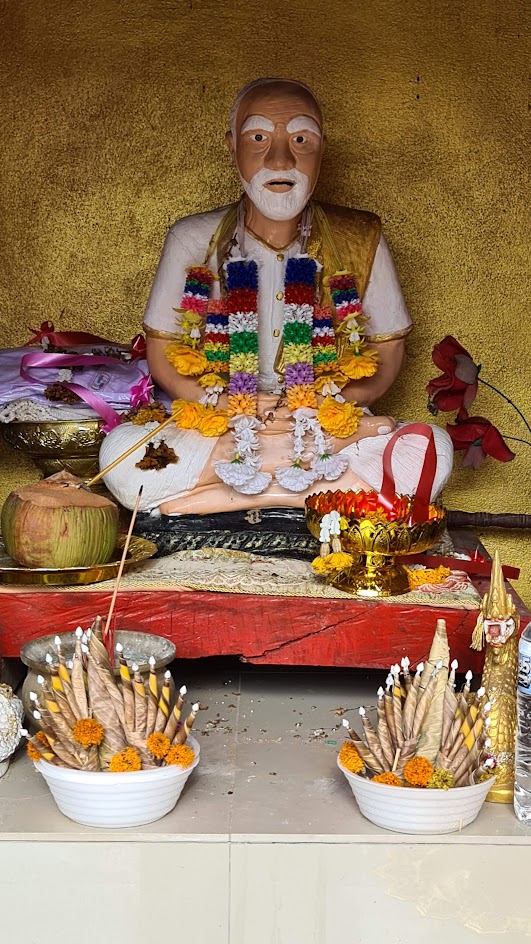 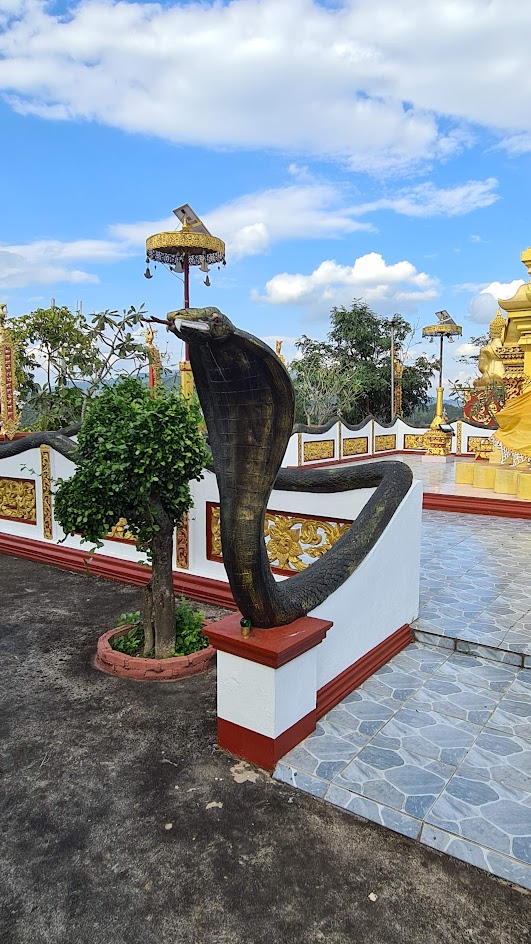 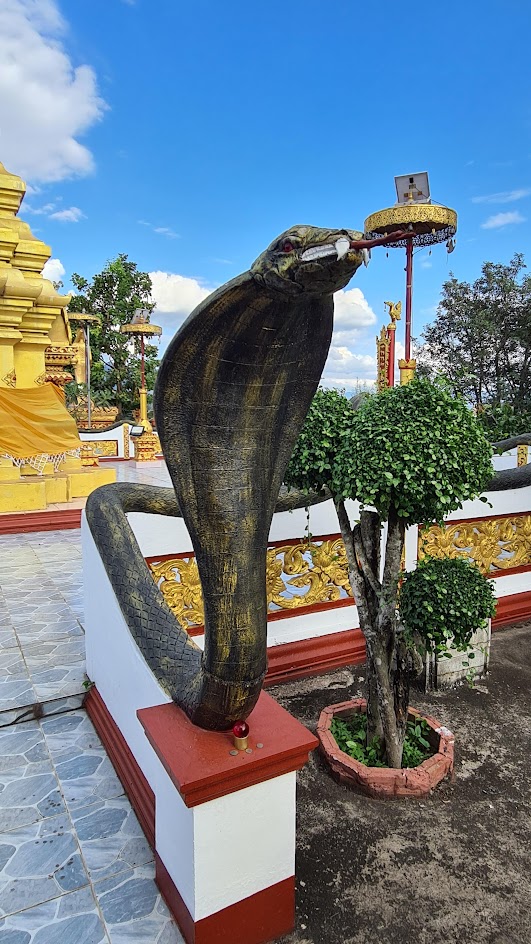 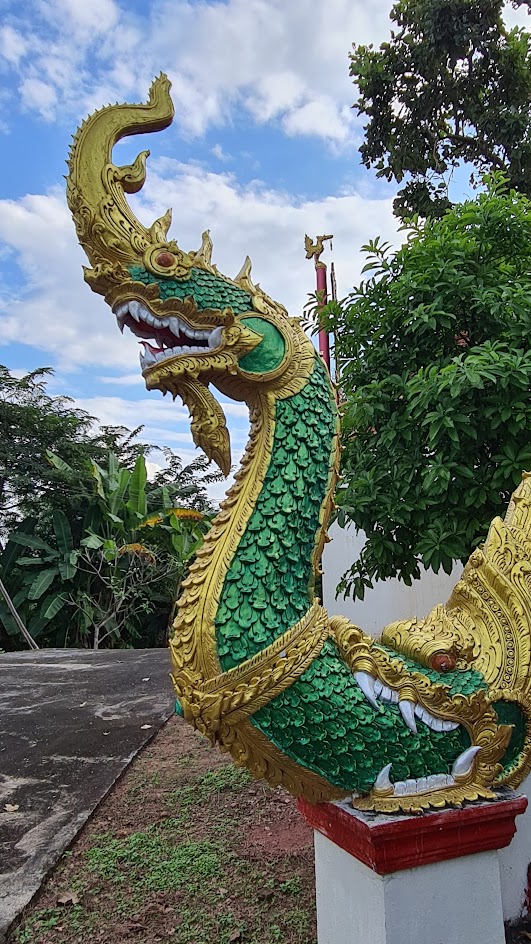 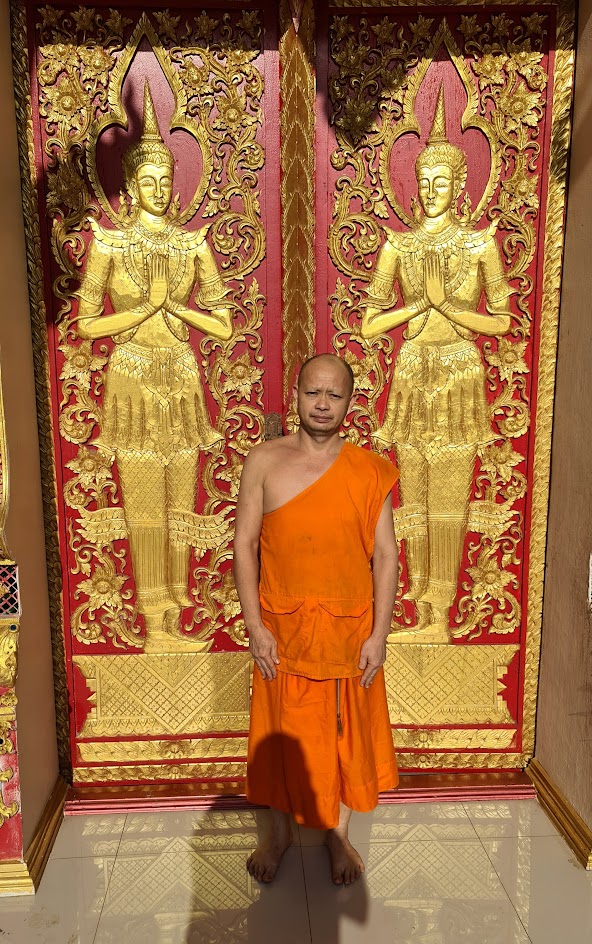 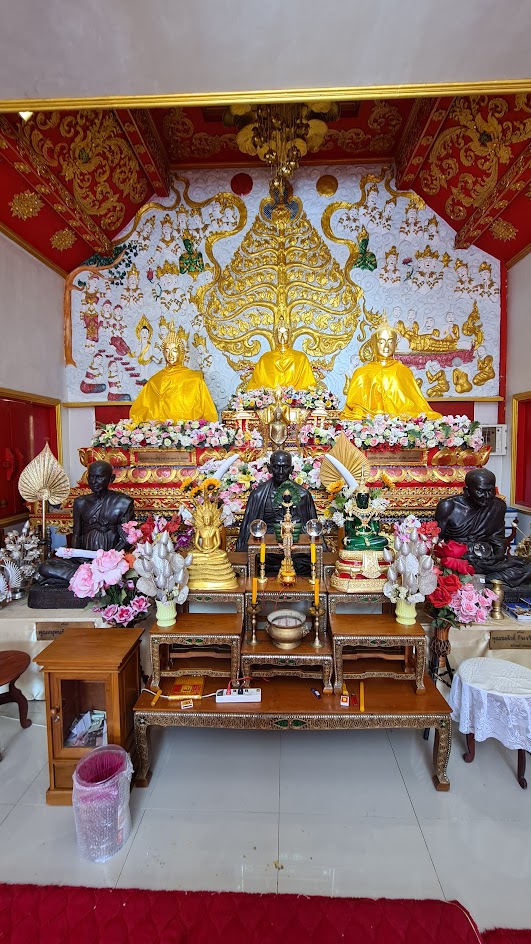 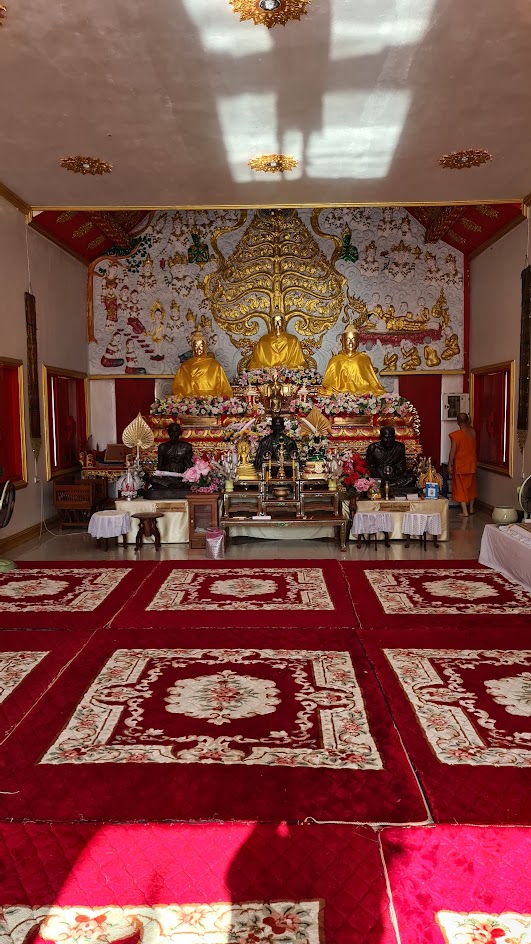 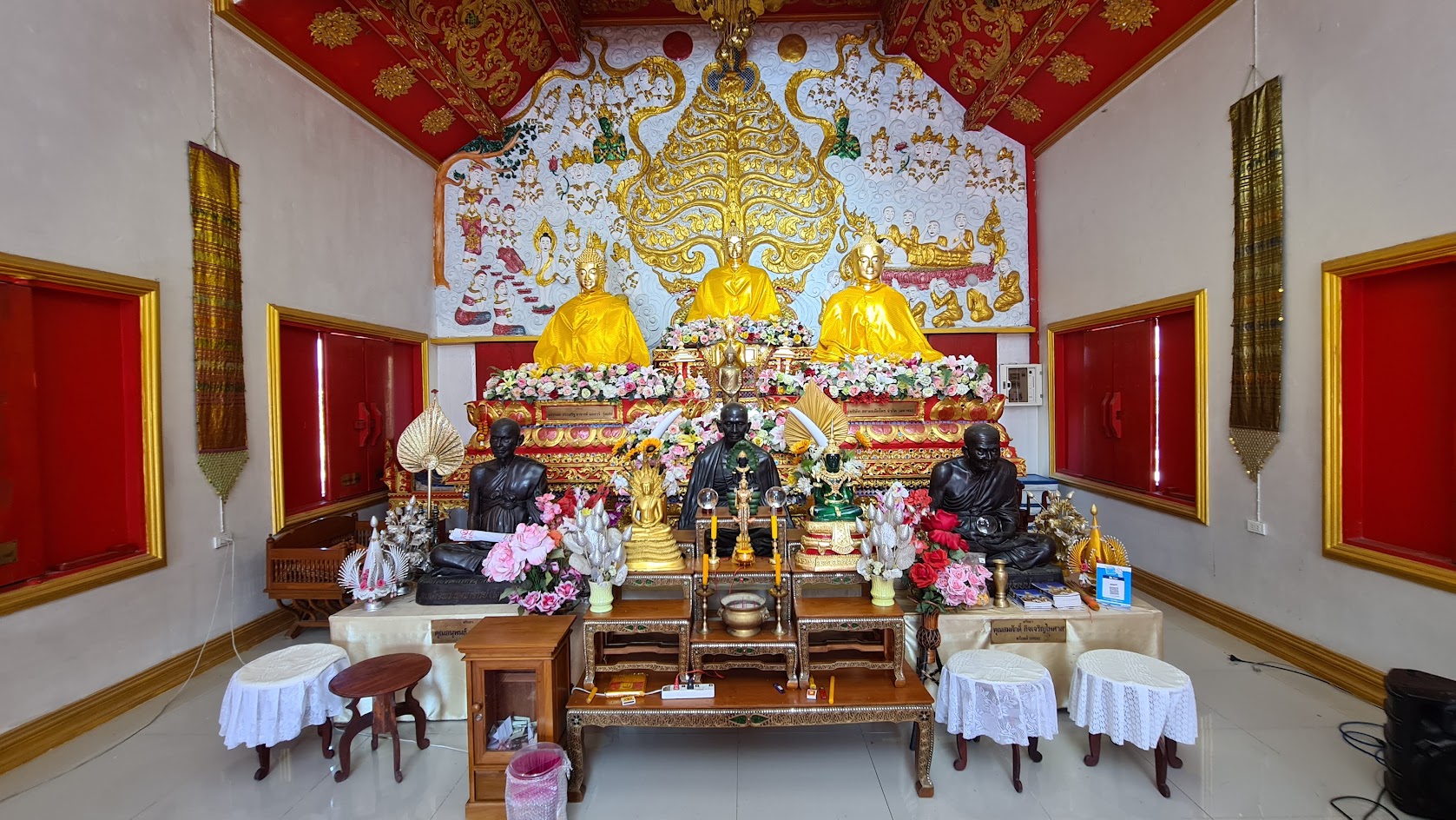 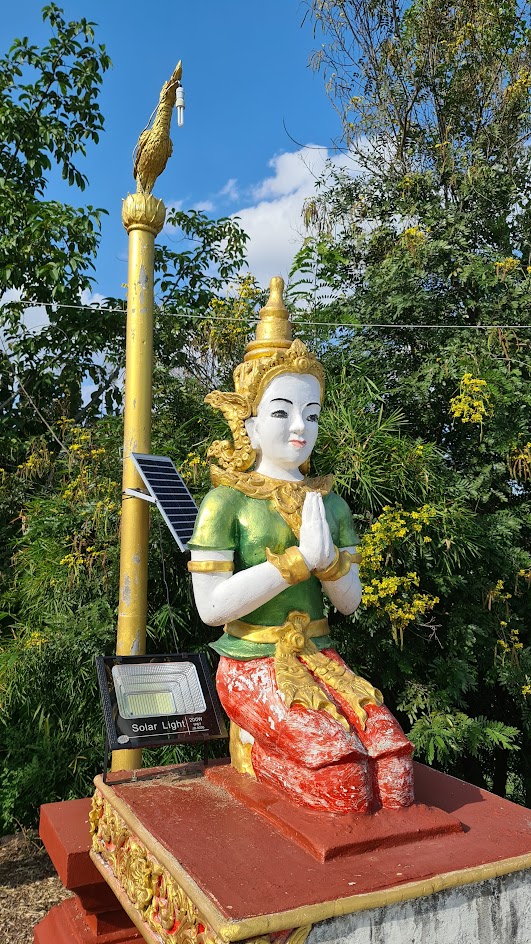 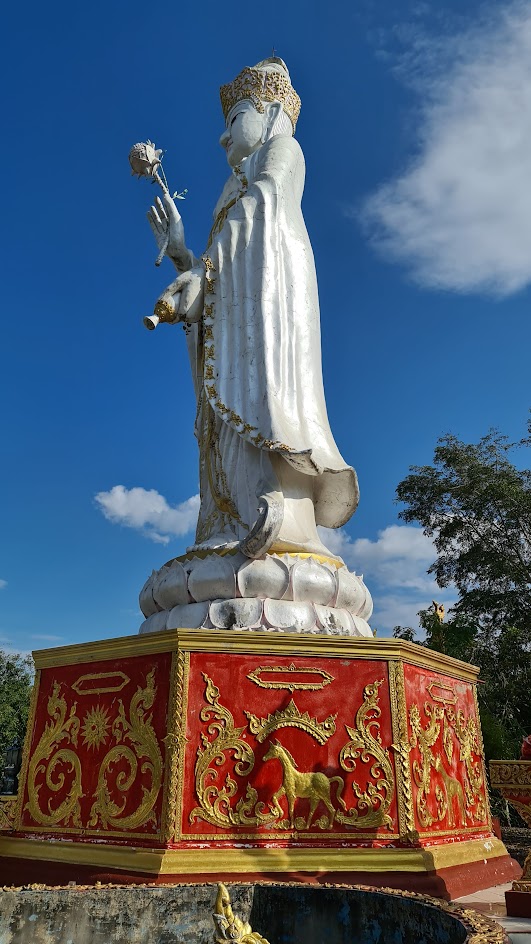 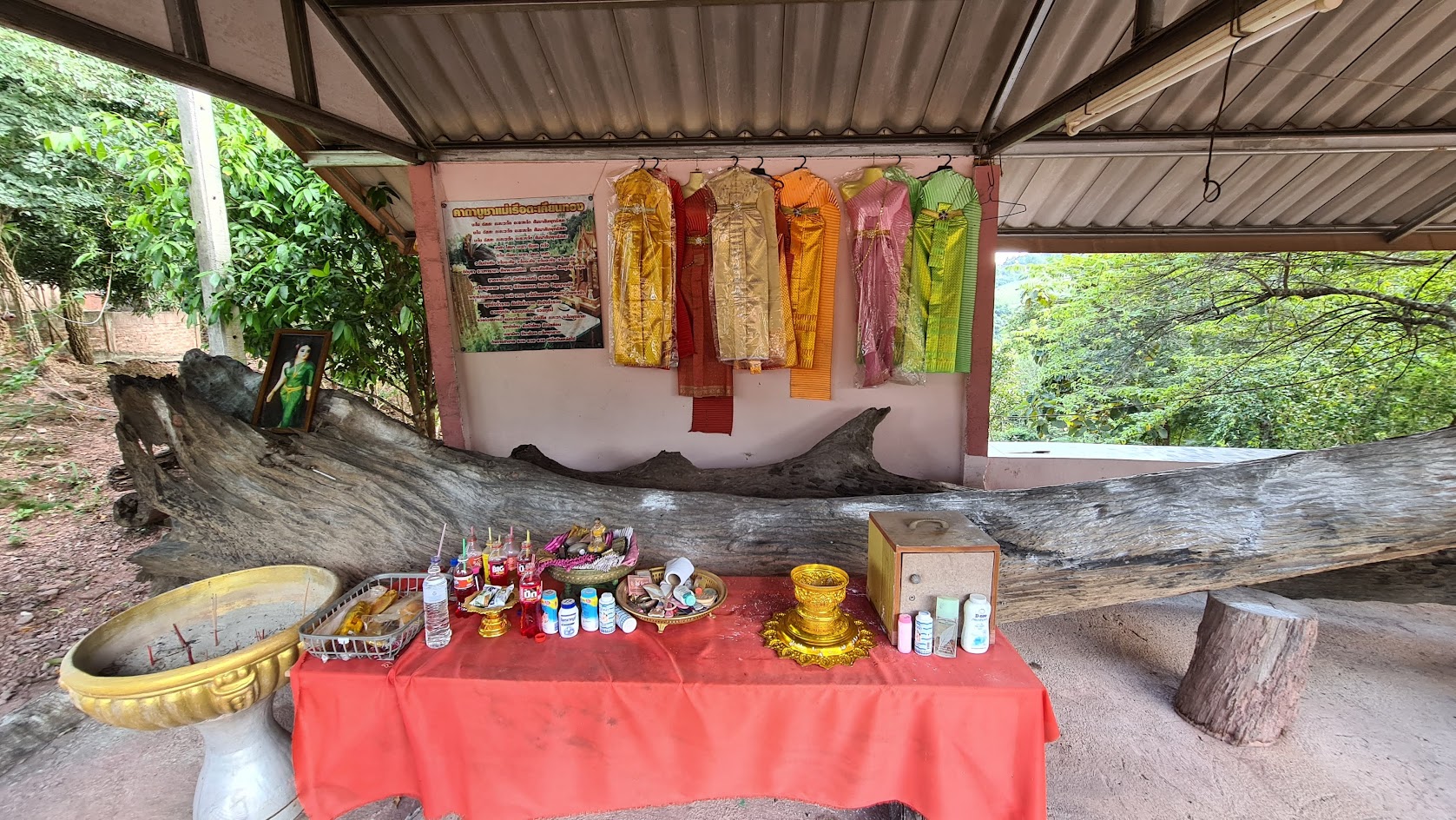 Nice one Heineken! Did i see David U sitting in one of the pagodas?

scotty007 said:
Nice one Heineken! Did i see David U sitting in one of the pagodas?
Click to expand...

Sure did Scotty, here he is without a GTR shirt on

Good one Hieneken I can see the reason for calling it the Cobra Temple. Those things are bloody huge. Scary when lit up at night I bet.

Nice Heineken. That big cobra statue sure impressive and a bit scary still. I wonder if there any left & and if there maybe a cobra season for them to come out & tame the dogs even?
I may have to pop up sometime for a look. Thanks for the tip off & info.
You must log in or register to reply here.
Share:
Facebook Twitter Reddit Pinterest Tumblr WhatsApp Email Share Link
Top Bottom