Install the app
You are using an out of date browser. It may not display this or other websites correctly.
You should upgrade or use an alternative browser.
R

Guys here is a cardinal rule neve ever trust my directions. I leave bread crumbs from the house to downtown. I'm ok unless the birds show up. Hopefully Dill will post the proper route, he is very good at finding his way around. I watch his tail light and it all works out 8)

Dan Sai look for a gold arch turn right just before it. You will find a 7/11 on the left just past there if your early is excellent parking. Very close for the activites and the food court and beer.

Ours was an excellent ride caught rain for about a hour which was the last we saw for the entire weekend.

A HAPPY GATHERING OF FUN-LOVING SPIRITS
The Phi Ta Khon festival is unique to the Dan Sai district in Loei Province and reflects the local Isan belief in ghosts and spirits. Held once a year, it is part of a grand merit-making festival known as the "Boon Luang" festival.

The origins of the Phi Ta Khon Festival can be found in the tale of Lord Buddha's last great incarnation before attaining Enlightenment. In Buddhist accounts, it is said that when Prince Vessandara, the Buddha's penultimate incarnation, returned to his city, it was such a joyous occasion that the village spirits came forth to join the welcoming parade. This very colourful and vibrant Phi Ta Khon procession is the central focus of the celebrations.

In a lively re-enactment of the tale, the young men of the community dress up as "spirits" wearing long trailing costumes made from colourful strips of cloth sewn together.

The hideous-looking Phi Ta Khon mask which is made of dried sticky rice husk is painted in bright red, green or other colours, and features the characteristic long pointed nose. This completes the transformation. The clanging sound of the square cowbells worn around the waist announces the presence of the spirits who wield phallic-shaped long-handled swords decorated with red paint. The good-natured, fun-loving spirits mingle among the crowd, teasing and amusing all who take part in the procession. Spectators and visitors are welcome to join in the fun.

This is the scarry thing I saw :lol:

But life got much better quickly

Ok have got your attention yet :wink:

These Photos are courtesy of Lucky, this is going to take some time I will post lucky's first, then mine then Dil's.

OK guy here we go the Pi Ta Khon, three solid days of this drinking in the heat guys so drunk they can't walk anymore, and not one angry word was to heard, it is a really great expierence

That long red thing he is holding is a dingus,dong, willy Ect, after they get a bit drunk the scare the girls in good fun. But really I never saw anyone offended
R 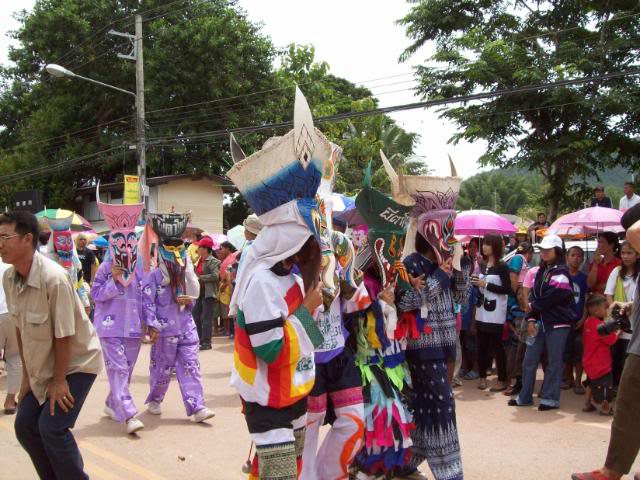 Ok guys that's it for tonight, it's very time consuming and I'm pooped. Tomorrow I will go to some Wat Photos there and break things up a bit. Hopefull David will fill in some info on the Wat, he knew more then the rest of us.

There are vrey beautiful Wats all over Thailand. This one in Dan Sai is only a few Klms away from the cente of town and different then any I have seen before, see for yourself.

My memory stinks ( names) but I think that is Ben, whom I immediately pissed of asking if he was an Aussie turns out guy from NZ, dont care for that much. Another geography lesson learned :lol:
R

The Boys Toys. Don't think Big john doesn't take care of the valkerie, note how far away he is parked from the rest of us :shock:

But this has to be the smallest ghost I saw, one hand on the bottle one on the schlung. :shock: He was the center of attention :roll: 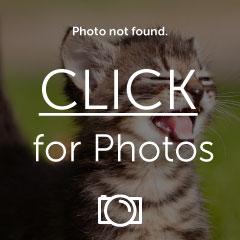