I ordered a rear wheel hugger for the TGF's 500X back in 2013. It was from Power Bronze in the UK and they said fit both NC700 and the 500X. After weeks of waiting for it to arrive it didn't fit! Power Bronze said, "Oh sorry. We just learned after shipping it didn't fit the new 500". They did refund my $150 for the product and said I didn't have to return it, but I was still out 30% duty and ridiculous shipping costs. I finally found someone last month with an NC700 and gave him a great deal.

Now to the point. Thim, the TGF, washes her own bike (shocked?). She's been after me to install another hugger ever since. I just said "Sorry, they don't make them".

She found a Thai rider who did have a Hugger on his 500X. He said it was the same as comes on the Honda CBR250, and it is cheap. So today we went to Songchai Honda, the large Honda and parts store near McCormick Hospital in Chiang Mai.

The install involved elongating two holes on the chain guard side. Easy as it is only plastic. 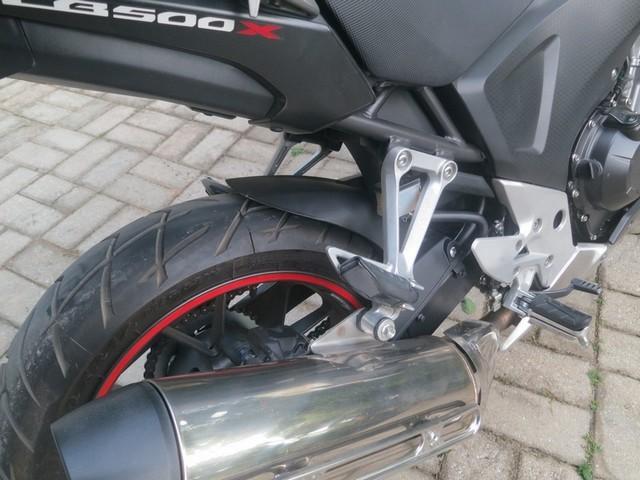 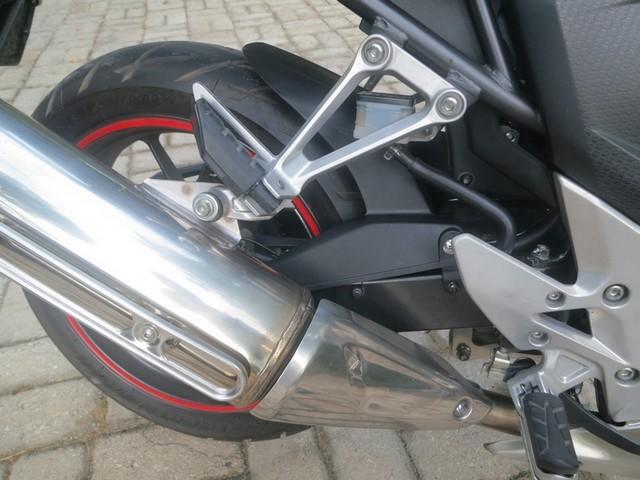 I had to make a bracket for the brake side, but it was just a matter of finding something I had laying around, cutting to fit and drilling a hole.

It certainly is nowhere near the Power Bronze quality, but if you have a CB500 and want to keep some of the road grime off the rear, it is worth the 140Baht. 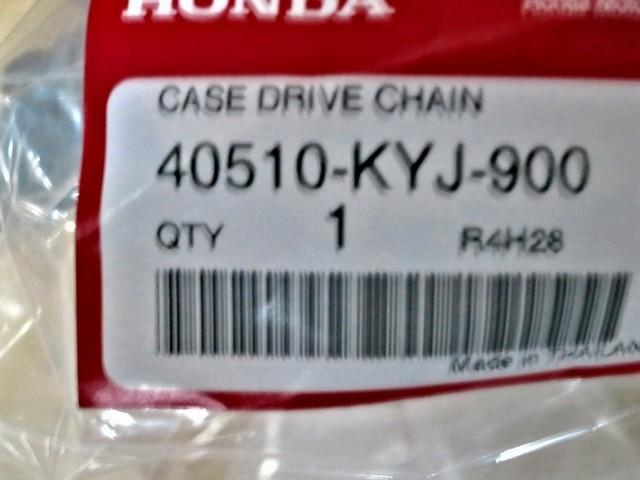 Looks good! I bought a Puig Carbon Fiber Hugger for my CB500F but it was flimsy in the chain guard portion and rattled against the tire badly. I ended up heavily modifying the stock chain guard with my Dremel tool so it would fit underneath the Puig and with some VHB double sided tape it now works good and is quiet. I paid over $300 USD with shipping and duty plus the time and effort spend making it work so 140THB sounds like the way to go if the Puig ever needs replacing. Thanks for sharing the pictures and info! Brian
You must log in or register to reply here.
Share:
Facebook Twitter Reddit Pinterest Tumblr WhatsApp Email Share Link
Top Bottom