Laos On The R1

ith a few days in hand, decided to give Laos a go.
Rode though the morning to HatYai and made it to the train station.
Paid to have the bike loaded onto the train. A bit scary, with guys manhandling the bike.
I thought they were going to drop the bike for sure.
The train was the express to Bangkok but I decided to get off at Ratchaburi - didnt fancy navigating the Bangkok trafffic.
If I thought loading the bike was scay getting it off was worse. It was precarious situation considering the platform to the train was taller than the R1 itself. 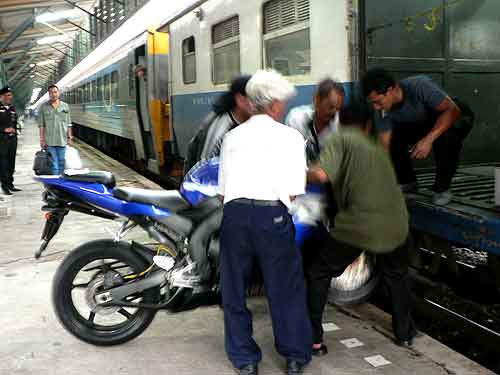 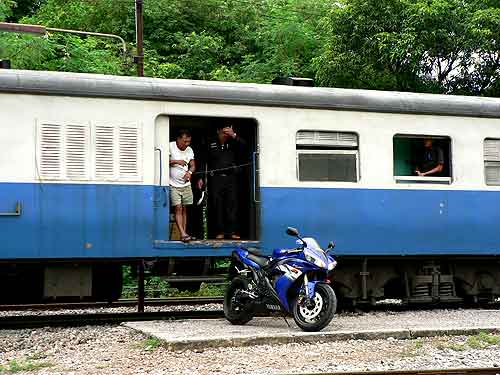 After that it was by side roads to Phitsanulok. The next day we headed west by the mountain passes, then north through Loei before we hit the Mekong which we followed for 200km to Nong Khai.
The road through the Loei was brilliant - cool with lots of corners. Route 211 along the Mekong was horrible, broken and potholed. 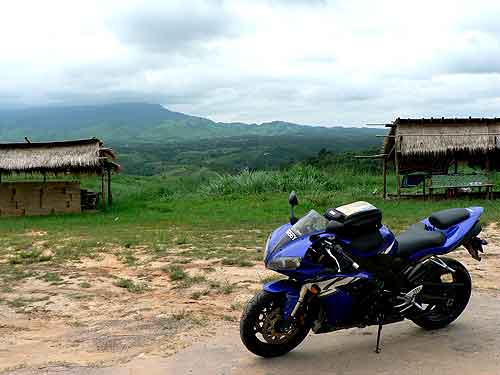 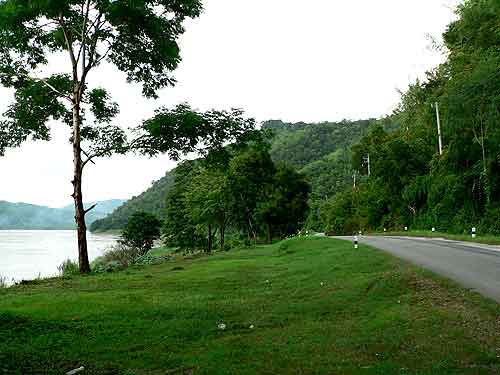 The next day we were in Laos. Despite reports saying otherwise we made it through the Thai-Lao Friendship Bridge with minimum hassle. Took a while getting all the documentation sorted and considering all I had was a photocopied logcard I was quite relieved to get all the necessary stamps.

Rode thruogh Vientiane and headed into Vang Vieng. The roads are pretty bad - potholes and cracks. In some parts it was rough stones and nothing else. However 30km into Vang Vieng the scenery got pretty spectacular.

The following day we decided to forgo Luang Prabang and instead head to Phonsavan. Time - never enough of it. We carried along Route 13 for about 100km along narrow mountain passes and ridges, avoiding potholes, dogs, cows, pigs, chickens and the occasional turkey. Scenery was brilliant. Cloud drenched mountain peaks were our companions, and the R1 was the fastest vehicle on the road. 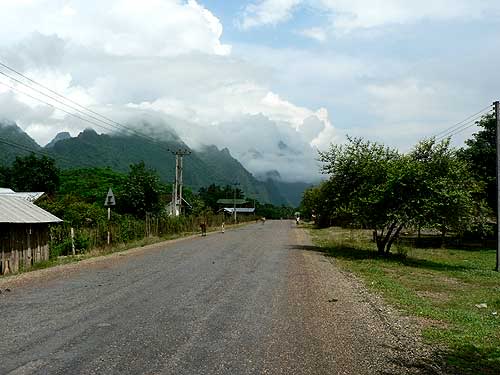 Dragonfly season - I had two disintegrate into my visor, several stuck in my jacket and one imprisoned by my R1. Havent checked out my airbox yet - that might reveal some surprises. 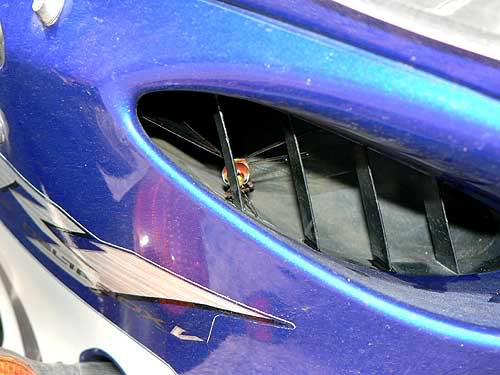 Reaching the fork we dived into Route 7 to Phonsavan. Another 70km of mountain ridges while the sky above altenated between rain and sunshine. Route 7 was a whole lot better than Route 13, less potholes and the last 50km into Phonsavan had gentle curves - good for stretching the R1's legs. 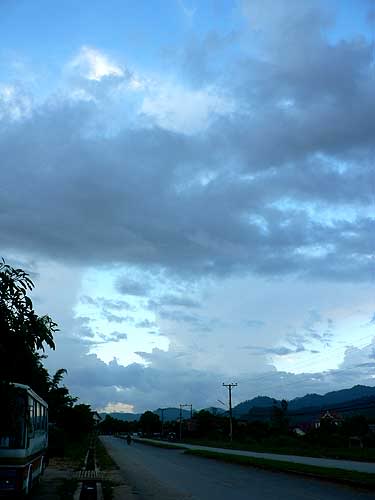 The following day it was the same route in reverse.

Some pics from around Vang Vieng. 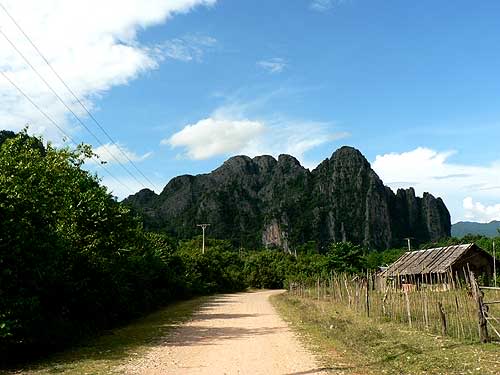 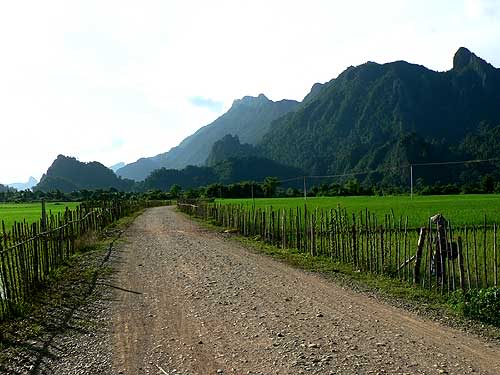 
Yeah agreed that our Singapore mate seems to make a point of the supposed bad roads, but I guess that is what made the most impression on him. And riding an R1 sport bike, rather than a big chook chaser dual purpose machine, you would probably tend to notice the bumps & little holes more often. So I concur on that if coming from Singapore then the roads can be pretty bad with bumps, holes and broken up sections - but only for short distances generally.
I had a laugh when he said that R211 along the Mekong was "horrible, broken and potholed." I reckon that the "bad" bit is less than 20 kms leaving another 150 kms quite good. But there's no doubt that bad bit made an impression, and so it would riding an R1 there. But for me R211 is one of my favourite roads / rides.
Overall great report FB666Y, it certainly sounds as if you are having fun. So please keep the reports coming, as it is only going make other guys jealous and want to do the same great trip you've done! Good work & good riding mate.

Davidfl
Keep The Power On

David,
I would have to agree with our singapore friend. Rte 211 is bad. even when I am driving my RAV4 it's crap. I would rate it worse than Vte to Vang Vien.
the problem with crossing the bridge is only for Thai plated bikes. Anyone with proper plates and papers from any other country on the planet will have no problems.

I'm impressed with your efforts in getting an R1 with an almost bald tyre to Phonsavan. It would have been great fun over the last 50km once the road opened up to those great sweepers.
Mike

LOL
Honestly R211 was bad, especially after Phitsanulok to Loei had been such a great ride.
I thought I was on a pogo stick most of the time. My hands were still tingling when I got to Nong Khai. To make matters worse it started to pour.

Route 7 in Laos was a pleasant surprise.

The tyres werent so bald when I started out - Malaysia's North South Highway is hell on tires especially when you push beyond 150kmh.

All in all it was a good ride - my only wish was that I had a bit more time.

Some pics from Vientiane. 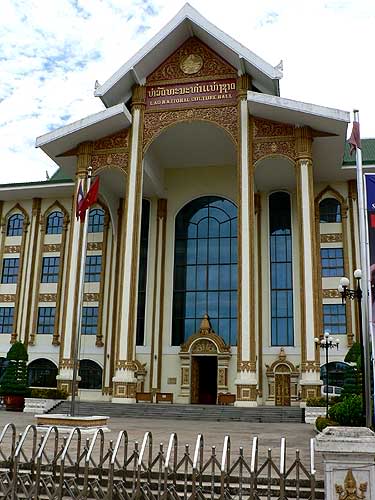 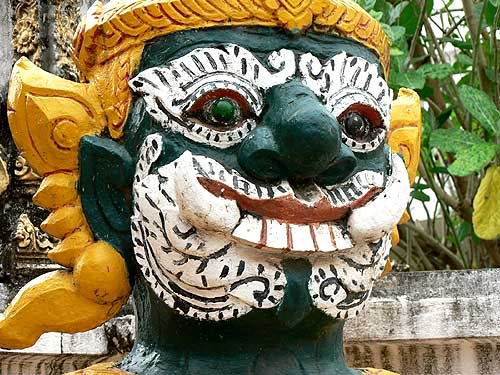 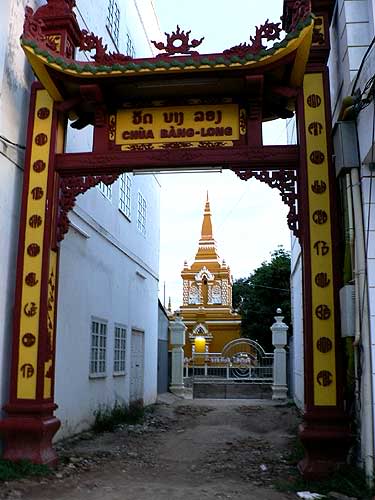 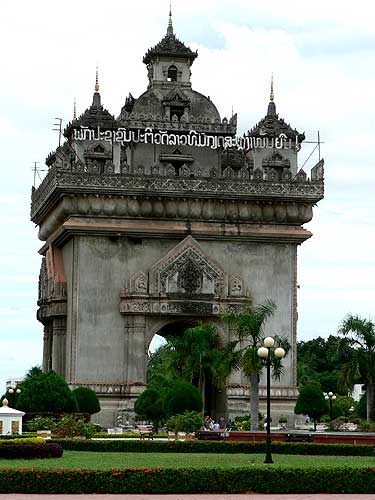 That ought to conclude the pics. I will try to throw some other pics from all over.
S

Hey F.B.Beast, a great post loved the pic's, talk up where you ate at an slept at, think off the people that were a hit an those that were a miss, stay upright on the R1, but only on the straights!!
Scott..

Pictures from all over 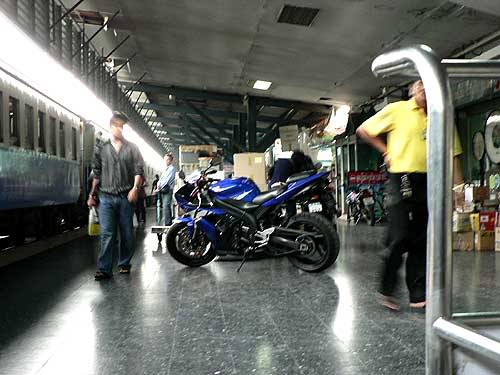 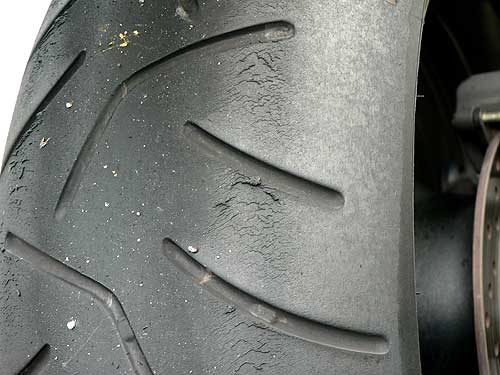 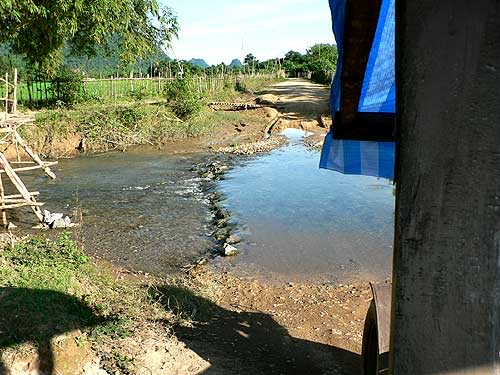