A cool day in the hills west of Phan puttering around looking for attractions.

Ughetto & I met up at the PTT on the eastern Chiang Rai bypass R5023.
The first time riding with Ughetto, but there's no doubt he can ride & we kept up a nice fast pace down to Phan city.

Wat Phrathat Chom Wae was the first stop for a look see.

The giant reclining Buddha has a commanding view over the countryside & seems to be eyeing off the Doi Ngam mountain in the distance to the East.

A bit much sun saw us make rapid retreat downtown to col of a bit. We licked out with funky little restaurant. 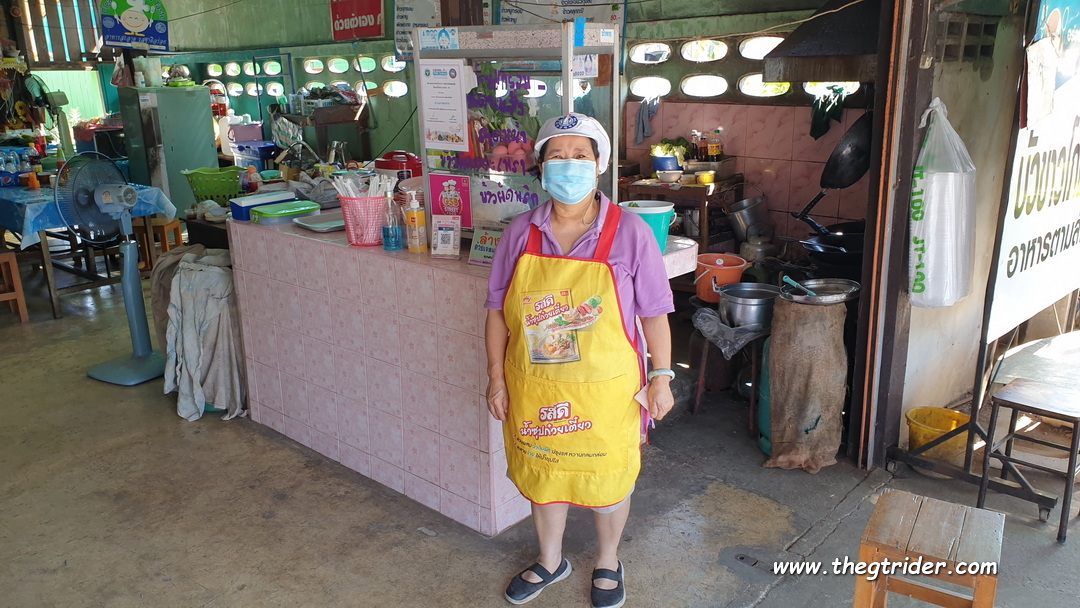 The lady owner uses a 30 year old bicycle to go to market every day.

David is a war machine
Not easy to found people have the power like him for travel fast and still have the energy to see many place.
Him choise are right.
I get a little surprise how him can drive fast in the traffic of Chiang Rai.
I think is not for everybody follow him
but I enjoi a lot.

The Phan Art & Culture Centre was straight across the street from the funky lunch restaurant.

Or at least there was a sign. Just an empty deserted building - more research is required.

Time to head west & into the hills.

Wat Pa Metta Wanaram was the next destination.

Interestingly enough the gate was locked after we entered & had to exit via another pathway.

This sprawling wat compound is located in what seems like a hidden valley up against a cliff face.

Exactly what the story & history of the wat is, GTR has yet to find out.

It never ceases to amaze me finding these wealthy wats, in out of the way places.

I need to know who the famous abbot / Luang Por was.

The wat is an ongoing work in progress. 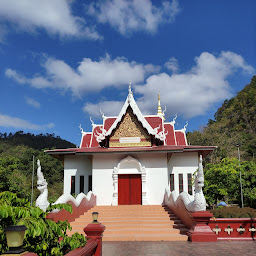 We used up more time than expected at Wat Pa Metta Wanaram & got a bit hot walking around in the sun taking photos, so the next plan was to ride & come back to attractions after a quick blast & cooling down.
R3186 was the rural road to attack next, keeping with the "war machine" theme eh. Nice one Ughetto, love it.

It has been a few decades since I've wondered down this way & with a new Nan map underway, that includes this area it was time for a wander & see if there was now a sealed road through to Wang Nua.
It used to be about 15 kms of dirt through the mountains, up & over the provincial border between Phayao & Lampang, with a few stream crossings thrown in. The forest cover is impressive as you ride through the Doi Luang National Park too.

The road starts off a gorgeous winding rural through a valley with steep hills in either side.

The streams flowing through the valley & heading south are the headwaters of the Mae Wang river, that flows through Wang Nua, down to Lampang, through the Kiew Lom dam, to converge with the Ping 35 kms north of Tak. 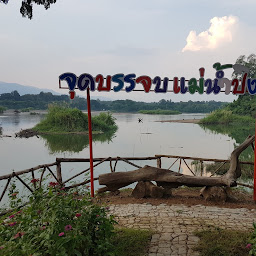 At the NP checkpoint located here 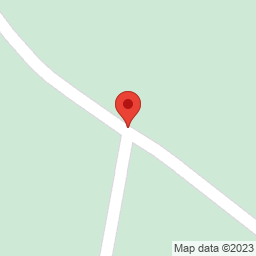 goo.gl
the info was another 12 kms of concrete & then 6 kms of dirt before you hit the sealed road into Wang Nua?? Yeah yeah I thought.....let's go & have a look to see if they are right / know what they are talking about.

The road gets complicated with the new concrete. Just a single lane, but wisely done.

The thought occurred to us, what happens if you meet another oncoming vehicle on the single lane concrete. Who gives way?
Some sections were damn steep & I know I'd rather it not be me. Jumping off the concrete over the rebar onto the dirt.

Whilst taking photos a vehicle came up behind & we had to speed of to find a space to pull over & let him pass.

Plodding on slowly over blind crests & round blind corners on the single lane concrete safely was slow going.

Eventually we started encountering cement trucks coming out ever so slowly, hogging the road.
The concrete ran out & the trucks were still coming.
It can't be far I thought & we were close enough. Late in the day then, concern about getting stuck in there with the cement trucks in the dirt, convinced me / us to turn back & save it for another day, & maybe ride in from the other Wang Nua side.

Our little meander down the headwaters of the Mae Wang was 22 kms from the turn off near Phan.
The turn off is here 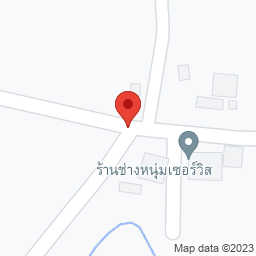 Up & over the ridgeline you go.
We ended up here 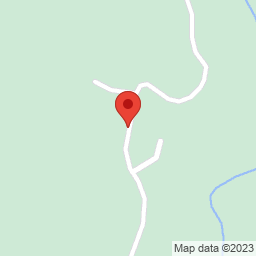 On the Wang Nua side, Google Street View shows the concrete ending here 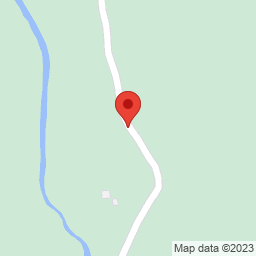 If you measure the distance between two points, it is 6kms!
So in the end the NP guys were right! Spot on. They know there business.

More to come..retreat to Phan city & some refreshments.

Hot & weary after the little run down through the hills, a cold drink & a snack beckoned.

The Phuphan Resort was the place we stumbled on, & what a super cool little spot that is out in the rice paddies. Another gem for amazing Thailand.

Ughetto & kicked back for an hour or two celebrating our good luck.

We have been influenced by the staff, or at least I was.

But the place is a little gem of a spot. Indoor / outdoor dining. Karaoke + accommodation. 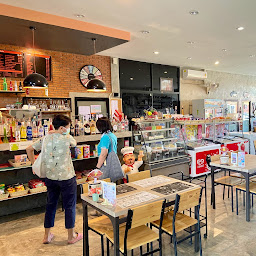 
I can feel a new GTR Dinner destination coming.
Phan has always been one of those mystery amphurs with "no attractions," & I've looked a few times for suitable accommodation & restaurants, but always come up disappointed. However I think we have a winner in the Phu Phan Resort, i tis not in town, but on the outskirts & due to any other viable options downtown I reckon this is it for a new GTR Up Country Dinner destination in Phan city.
Now where's that calendar...
Last edited: Feb 16, 2022

A tip off for off road riders.
There is a network of trails that run along the ridge line between Phan / Phayao & Wiang Pa Pao to the west.
One turn off is here. 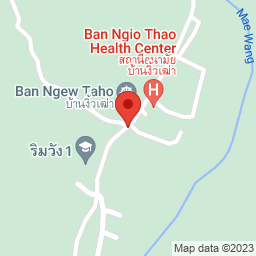 Here's an old report for riding over that dirt ridge line

“The 3 Amigos Ride To Chiang Rai”

9 kms S-E of Wat Pa Metta Wanaram & 5 kms S-W of Phan at the foot of the mountains is another intriguing wat.

Walk around the corner & you're into a fascinating garden of Buddhist Hell.

Put it on your list of "Out of the Way" places to visit. 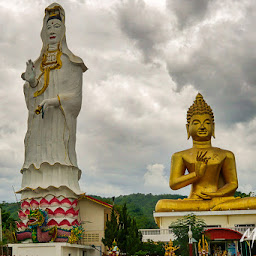 Wat Huai Prasit continued.
Further out the back behind the garden of hell adjoins a dinosaur garden, for the kids.
There are numerous dinosaur statues in a mini playground.

No kids there on the day, but a few monkeys

Next door again was a fish pond with damn big hungry fish.

and possibly some crabs, but I never saw any crabs & left a bit confused.

The ravenous catfish were the winners though.

Back in town time for a cuppa & break. ..enter La Moon Coffee Shop.

Worth a look in town if you're in need of some aircon & cheap eats.

Carrying on after the GTR Dinner in Phan.

there were a few sights to check out in Phan district.
I managed to nail two of them.

Wat Phra That Chom Chaeng was the first one.
It is located south-west of Phan city.

The view from the top is stupendous

The main chedi is a work in progress.

Check it out sometime.
The 900 metre road up is a nice steepie 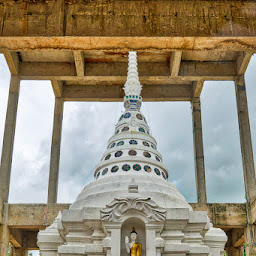 Ji Gong was a famous Chinese monk, who lived from 1130-1207.
He was born Ki Xiuyuan, & lived a rather unorthodox life as a monk.

Li Xiuyuan was born to a former military advisor, Li Maochun. After the death of his parents, at the age of 18, Li was sent to Hangzhou and was ordained as a monk in Lingyin Temple. He was mentored by the vinaya master Huiyuan and was given the monastic name Daoji.

Unlike traditional Buddhist monks, Daoji did not like following traditional monastic codes. He had a penchant for openly eating meat and drinking wine; his robes were often tattered and dirty from traveling from place to place, and stumbling while intoxicated.

However, Daoji was kindhearted and was always ready to lend a helping hand to ordinary people. He would often treat the sick and fight against injustice.
The monks, bewildered and fed up with his behavior, expelled Daoji from the monastery. From then on, Daoji roamed the streets and helped people whenever he could.

According to legend, while cultivating the Buddha's teaching, Daoji attained supernatural powers. Many who noticed his eccentric yet benevolent and compassionate nature began to think that he was an incarnate of a bodhisattva, or a reincarnate of an arhat.

He was widely recognised by people as the incarnate of the Taming Dragon Arhat (Chinese: 降龍羅漢; pinyin: Xiánglóng Luóhàn), one of the Eighteen Arhats.

When Daoji last stay was at Jingci Temple and moved to heaven on the 14th day of the 5th Lunar month (16 May 1209), syncretic Taoism began to revere Daoji as a deity.

Not long after that, Buddhism began to recognise Daoji's compassionate efforts and he is involved in many classic kōans.

These messages led to a development of the worshipers of Ji Gong, which was actively promoted by the Buddhist monk Falun (法輪) at the Hupao Temple ((虎跑寺) in Hangzhou, where Ji Gong’s grave is located.

The messages gradually acquired a moralistic tone and recommended to engage in charitable work. Ji Gong’s messages received through spirit writing played a role in the establishment of the Benevolent Relief Society (救濟善會), whose leaders later participated in the foundation of the Red Cross Society of China.

Yiguandao has also adopted him into their pantheon of deities, citing Zhang Tianran, contemporary founder of the Yiguandao, as his reincarnation.

Ji Gong can usually be seen smiling in tattered monastic robes, and usually carries a bottle of wine in his right hand, and a fan in his left hand.

He wears a hat with the Chinese character Fo (佛), meaning "Buddha".

He can also be seen holding his shoes in his right hand. Because of his carefree nature, he is rarely ever shown with a serious facial expression. 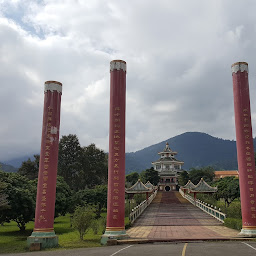