I recently went riding at a KTM test day, where they had the full range of new 2014 KTM Enduro and MotoX bikes to try out.
I didn’t take a lot of photos, as I was trying to ride as many of the bikes as I could,… but believe me, they were all orange and had two wheels.

It was a well run day, with 2 or 3 of each new model to try out, which meant no waiting.

I rode the 350 4stroke enduro, the 200, 250, 300 2Stroke enduros, and the 250 2Stroke Mxer.
There was an enduro loop to try out the enduro bikes, and a MX track for the Motocross bikes.
The enduro loop was good as it had some very tight rutted single trails, as well as a couple fast open sections.

First ride for the day was the bike we were both keen to ride, the 350 4 stroke enduro, all the magazines had been raving about them,…it was good, but it was the bike I least liked. 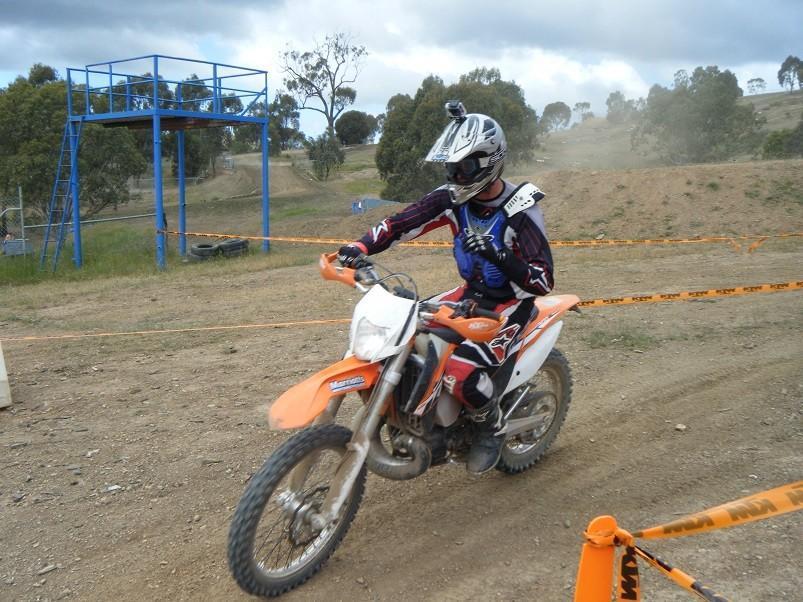 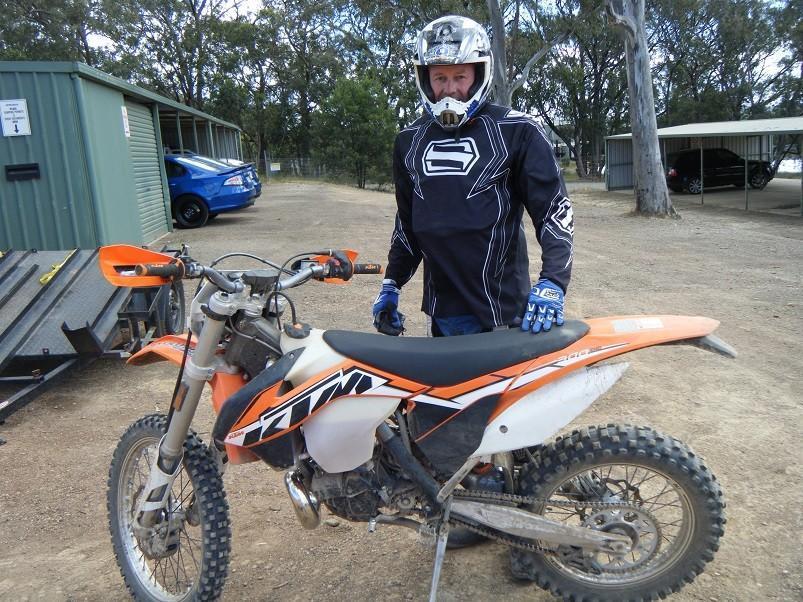 I had a couple of rides on this 250 Mxer which was a buzz. 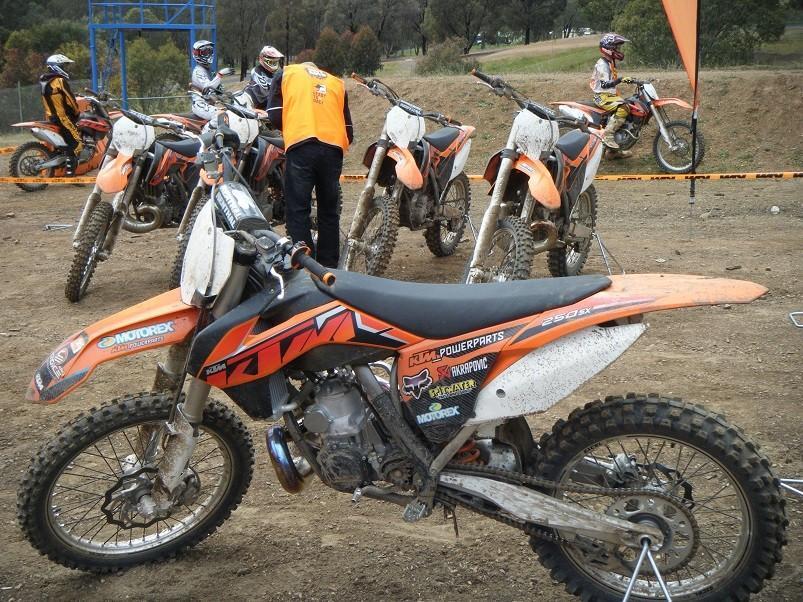 This is the MX track at Broadford Victoria, the last time I rode here I had long hair and no wrinkles, so it wasn’t yesterday. Great track to ride when you haven’t been a MX track for a while, smooth, a couple of big table tops, and a plenty of jumps that don’t require a Sherpa to get you to the top, which is rare in MX tracks of today.

Me with the KTM factory racing transporter….. What happened to the days of the old rusty old ute to get you to the race meetings?

It was a great days riding trying out these bikes, funny thing is we both reckon the KTM 200 EXC was the one we both liked the most, and by a long way. As my mate said….it makes you feel like your 18yo again.

Where was the Man's Bike the 690 Enduro? And How many Broke down??? Would have been a Great Experience. Well done!

Bet you still like the trusty KLX the most

Thanks for sharing. Greetings from Darwin.

It was pretty good jumping from one to other, knowing when you were finished, you didn&#8217;t have to wash or do any work on them. Like being a factory rider for the day.

I liked to 200 because it was so light a nipple compared to the 250 and 300. It felt like you could go any where on it. Adamantly the loop was tight, but on the two open sections I was surprised just how much power it had for a 200. I thought before I got on it you would have to ring the hell out of it to get any where, but Id say it had a better spread of power (but not as much) than the other two.
It was just great fun to ride, and suited to the terrain I would ride in OZ.
The 250s motor felt the same as the 250 MXer, and the 300 had that big bore feel which I&#8217;m not a fan of. All three are good bikes though.
The one thing that stood the most, was how good the brakes were, and I did like the hydraulic clutch and electric starter&#8230;..yeh Im getting old and lazy.

Ian Bungy;294358 wrote: Where was the Man's Bike the 690 Enduro? And How many Broke down??? Would have been a Great Experience. Well done!
Click to expand...

I admit, I’ve never really liked KTMs, and seeing so many of them leaning motionless against gum trees on the trail, and knowing guys that spent more time in the garage working on them, than riding them, put me off ever wanting to own one. But I do think there a lot better now than a few years ago. Problem is for someone that likes 2 strokes, the Japanese no longer make them, so you have to go European. That leaves bikes like Gas Gas, Beta, Husqvarna (which is now a KTM anyway) and a some other lesser none brands to choose from.

Bet you still like the trusty KLX the most

Thanks for sharing. Greetings from Darwin.
Click to expand...

Horses for courses&#8230;.No KTM would be better than the KLX for riding we do in South East Asia.

Remember Brian. The KLX was voted the greatest motorcycle for riding in South East Asia ever manufactured by a distinguished panel of adventure riding experts.