Install the app
You are using an out of date browser. It may not display this or other websites correctly.
You should upgrade or use an alternative browser.
B

Never know that there was a Triumph car

Blister wrote:
Never know that there was a Triumph car
Click to expand...

Actually the company started out making bicycles. The car and motorcycle sides became separate companies in the 30's.

Triumph made some great cars before going the way of pretty much all British car manufacturers and going out of business. 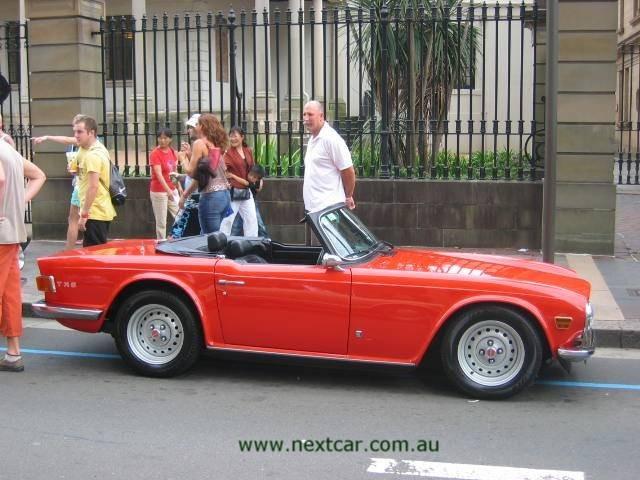 Triumph Dolomite Sprint, 2.0 straight 4. Unusual engine that had 16 valves but only a single overhead cam, again it suffered from the aluminium head warping.

The less said about the TR7 the better :x

Wow a lot of history with Triumph.

Yep, Triumph started out making bicycles, but not in England, interestingly.
Here's a pic of a '72 Triumph Spitfire, with good looks that inspired several japanese roadsters. Several hundred thousand Spitfires were sold, these days you find some good condition cars in the US. 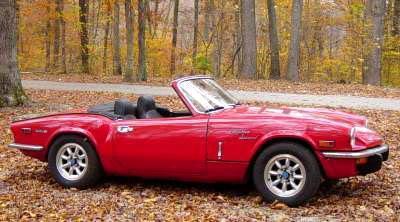 The Spitfire was a beautiful little car, at least in its early versions but was a bit of a hairdressers car I always thought. The later versions had their looks and handling spoilt by having the suspension jacked up to meet US regulations on bumper and light heights, British Leyland also did this on 70's MG's. I could never understand why they never made a version of the Spitfire with the excellent Triumph straight 6 engine, they made the GT6 which is basically a fixed head coupe Spitfire with a 2.0 straight 6 but never a convertible. 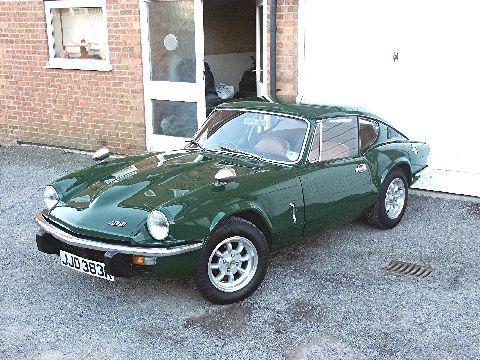 Correct me if iam wrong...

but i dont think Triump cars had any thing to do with motorcyles.

It's a "1973" thread that lost its way a little bit, terrable ivan. I think it's good to educate Blister since he hasn't heard of Triumph cars. At least we didn't get into Triumph bras and posted pics!
His thread is a different approach to motorcycles, about what was on the market in '73. It reminded me of my '73 Buick LeSabre 350 V8 I had in the US, but I didn't want to post a pic since it's quite a stretch from motorcycles to Buicks...
There's a "fun" thread, so why not a '73 thread?

ivan the terrable wrote: Correct me if iam wrong...

but i dont think Triump cars had any thing to do with motorcyles.

When I was 18 (1974) I rode my CZ 175 into the door of my 'soon to be' brother in laws one year old Triumph Spitfire causing a large gash in the paintwork.

Does the thread now qualify for being Motor Cycle related?
I

That's already been answered in the thread :?

Triumph cars and motorcycles were different companies, but not always. It all began in 1885 when Siegfried Bettmann and Moritz (Maurice) Schulte from Germany started selling Triumph bicycles from premises in London and from 1889 started making their own machines in Coventry, England. They then branched out in 1902 into making Triumph motorcycles at their works in Much Park Street. In 1921 they started producing a 1.4 litre model called the Triumph 10/20, but with not much success. They had more luck in 1927 with the production of the Triumph Super 7 which sold in large numbers through to 1934. The company hit financial problems however and in 1936 the Triumph bicycle and motorcycle businesses were sold. So until 1936 Triumph cars and motorcycles were produced by the same company.
There's a lot more of interesting history here: http://en.wikipedia.org/wiki/Triumph_Motor_Company where I found above information.
The Triumph name is now owned by BMW, so it's back in german hands, along with Riley, Rolls Royce and Mini. In late 2007, Auto Express, on the back of continued rumours that Triumph might return under BMW ownership, ran a story showing an image of what a new version of the TR4 might look like. BMW has not commented officially on this.