My Ride to The Secret Airfield of Long Tieng

Install the app
You are using an out of date browser. It may not display this or other websites correctly.
You should upgrade or use an alternative browser.
L

Sure enough, the turn off (and bridge)to get to the secret city of Long Tieng is 40 km's away from Houay Kham.Another 8 Km's up the road from the bridge and I finally found myself in the valley of the secret city.The first land mark that I recognized (referring to an old black and white picture found in the book called "The Ravens") was the vertically rising mountain which was called the "Vertical Speed Brake" I managed to find a location on the road where I could just barely see the run way. From there you can see why they gave that mountain that name.
The secret city is still a secret.
I got stopped and turned around at the gate thats located near the air field.
To get past the gate you have to have a permit.I guess this is the beginning of the "Restricted Area".
I didn't mind being turned around at this point because I was kind of expecting it.
My objective was to get some pictures of what this valley looks like today, and I succeeded. 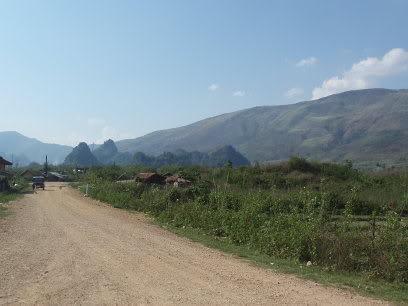 The Gates Of The Secret City. 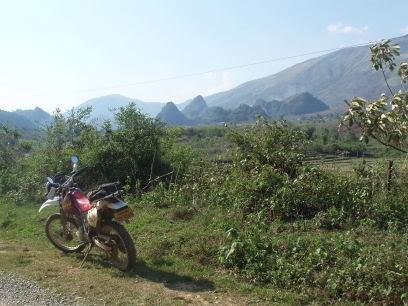 All thats left is just half the original length of the run-way.
This picture just barely shows the run-way and shows why the mountain at the end is called "The Vertical Speed Brake".