An over nighter in Phit on the way back from Savannakhet with the GF in the car.

I havent been in Phit for probably 20 years, sad to say; & well the city has sprawled out & it's easy to lose your way I reckon.
The GF knows all the good value for money saleslady hotels & we ensconced ourselves for the night at the Room Resident 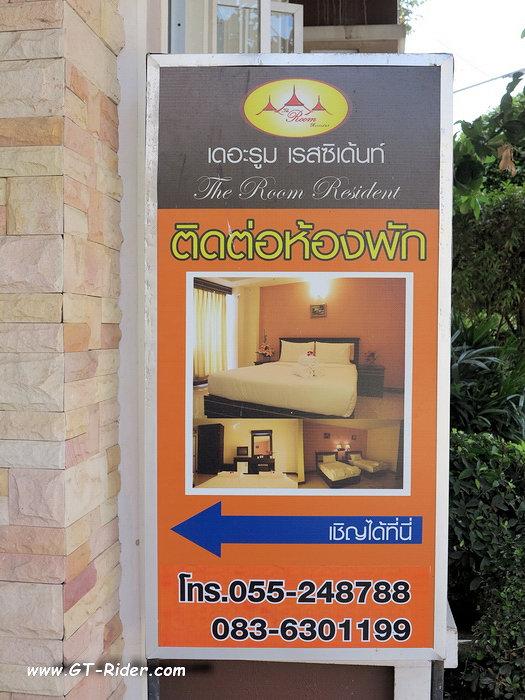 A small but very beautiful wat in the lane next to the #1 Wat Phra Si Rattana Mahathat .

It has some vivid murals on the outside

The Buddha image inside is a beauty that resembles the Phra Buddha Chinnarat, across the street at Wat Phra Si Rattana Mahathat.

It also has some interesting murals depicting battles

The front door vto the wat

Wat Nang Phaya dates from the middle of the fifteenth century. It is immediately next to Wat Phra Sri Rattana Mahathat, which was built about the same time. It was the practice back then for major royal temples to have smaller 'satellite' temples around them in each of the four cardinal directions. Wat Nang Phaya is the only one of these still in existence, although very little remains of the original temple.

Directly across the street is the massive compound of Wat Phra Si Rattana Mahathat.

This wat houses the famous golden Buddha image named Phra Buddha Chinnarat, which is often considered to to be the most beautiful Buddha image in Thailand.

It is so busy inside the wat they even have a sign "No Standing for Photos."

The temple was founded in 1357 by King Phaya Lithai, King of the Sukhothai Kingdom.

The King ordered the casting of three large Buddha images to be enshrined in the newly built temple. Some of the most famous artisans of his time were invited to do the job. While the first two images came out perfect on the firs try, the last image took three castings. When it was completed, it turned out to be the most beautiful of the three and was named Phra Buddha Chinnarat. The 375 centimeter high Sukhothai style image is in the subduing Mara posture.
In the early 17th century gold plating was applied to the bronze image. A distinguishing feature is the aureola, shaped like flames, that surrounds most of the image. Of the three images that were cast, today only the Phra Buddha Chinnarat remains in this temple, the other two are now in the Wat Bowonniwet in Bangkok.
The Buddha image is depicted on the provincial seal of Phitsanulok province. A copy of the Phra Buddha Chinnarat is housed in the Wat Benchamabophit, also known as the “marble temple” in Bangkok.

The temple houses another famous Buddha image, the Phra Attharos. The large standing image is found in front of the temple’s prang. In front of the image are the ruins of a large chapel. 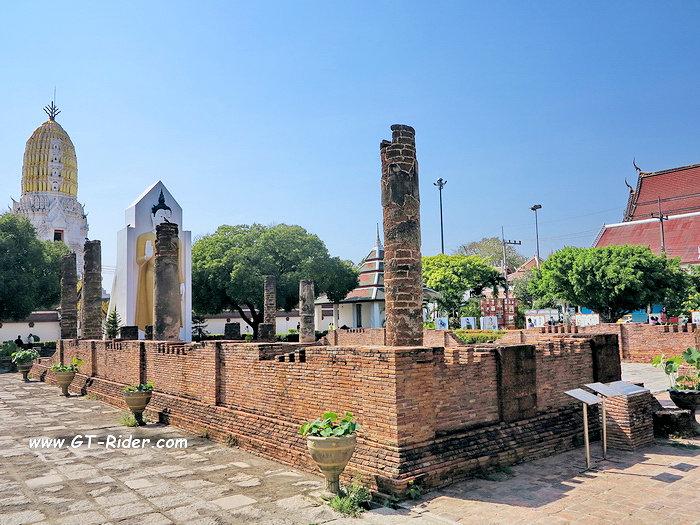 Behind the Phra Attharos is a 36 meter high prang in the Ayutthaya style that enshrines relics of the Buddha. The corncob shaped top of the prang in gold color contains 4 rows of niches enshrining images of the Buddha.

Some other beautiful BUddha images at the wat 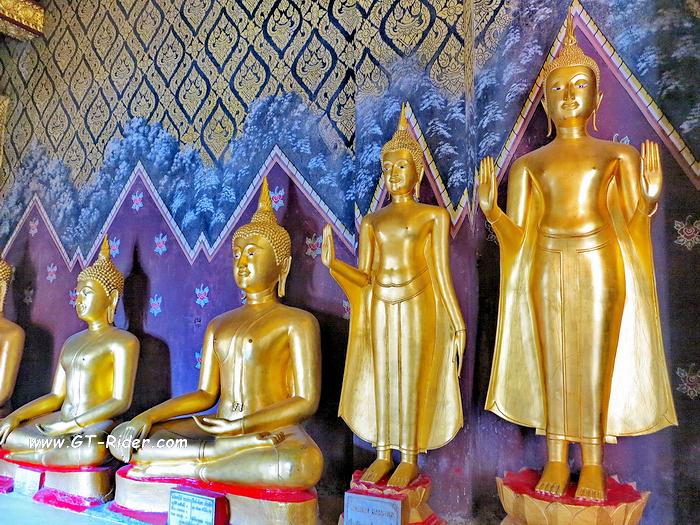 There is also supposed to be a foundry & museum on the grounds, but we missed these in the crowds.
A return to Phitsanulok is required.