Great event and a couple of Enormous Nights out! Great to see so many up there and having a great send of! Brilliant! Thanks to David and the Guys who went through all the hassles of organising everything. Not easy when its a Mate!

Ian Bungy said:
Great event and a couple of Enormous Nights out! Great to see so many up there and having a great send of! Brilliant! Thanks to David and the Guys who went through all the hassles of organising everything. Not easy when its a Mate!
Click to expand...

And Wattsie from the Rose Bar, who also attended the funeral said he would like to thank the fella's who attended his bar, a great couple of nights

Sadly I was not there, but 'Steve", se you in MHS later on..

We should also mention that alot more people attended Stephens funeral who were not on bikes, and not pictured in the photos here on the GTR website, a few that I can remember was Bob Kelly (X Ride Asia owner) from CR, Greg from the Lobo MC and his partner drove up from CM to attend, Awe and her employees from Awes Coffee shop and bar, Wattsie and a few of his regulars from Rose bar who drove, John Campbell & wife, Canadian Bill, some of the members of Chiang Rai Independent Riders and his close CR friend Bruce who organized most of the funeral arrangements and of course Kit and staff from the Chiang Rai UTV Adventure Tours and there are more I cannot think of atm


As most know the Rose Bar is amongst many massage parlors in Chiang Rai and the night before the funeral some of the girls asked me why are there so many falang (Western people) out drinking, when I told them its for our friend Stephen Prince whose funeral is tomorrow, the name didn't mean much but I showed them a photo and they were sad, most of the regular girls all remembered Steve's by his photo.


We should also remember the people that could not attend the funeral due to Covid 19 restrictions, Steve's X wife in China, Steve's family and children back in England, a few close mates overseas who could not return , Jamie from CR who is working in England atm, Juergen (Bob) who is close friends with Brian from CR Big Bikes and is currently stuck in Germany and of course his business partner Brian from CR Big Bikes who is working in Saudi Arabia atm.


I am also glad the decision was made by the MHS Memorial Ride Committee to add Stephen Princes ashes to the Chedi as he really enjoyed attending that ride, so we will not forget Stephen Prince every year when we are in Mae Hong Son, btw I think we should make his family aware when his ashes are added out of respect 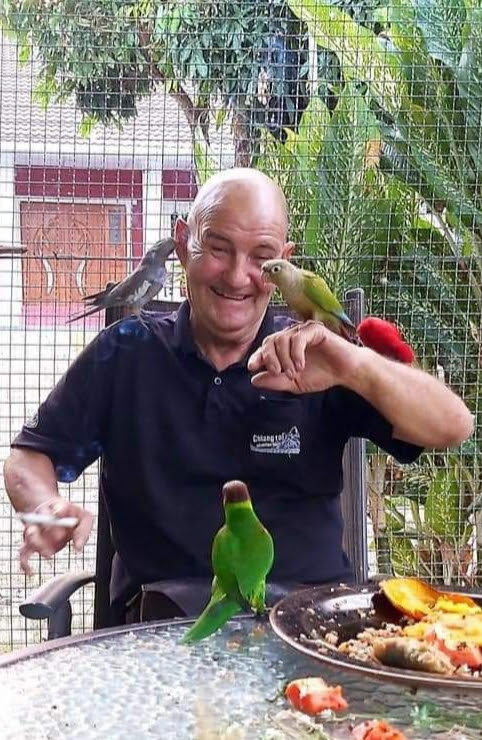 Yes, It was a Good Turn out. Representation from the presidents of two Thai MC's also. I rode 800kms with Steve the day before the accident. It's still a shock. I've lots 3 good mates this year. (not Motorcycle related) I've probably rode with him as much as anyone in Thailand. We were planning a few trips for later in the year ... trips I'll probably now have to do Solo ... Although Steve attended a lot of the GT rider events in recent years, He also rode with lots of other groups. He didn't do Politics ... He 'Didn't give a FCUK' .... It was always about the ride
Last edited: Jan 3, 2021

The ashes we had for Steve Prince have now been placed in the GTR Chedi on 25th May 2021.