Tak - Trundling Around - Some Highlights.

The GTR dinner for November was on in Tak on the last Wednesday of the month = 28 November 2018.

From Chiang Khong it was just on 500 kms ride down the main highway. Departure time from Chiang Khong was a leisurely 10AM & arrival time at the Home Inn in Tak was 4pm.

It's not the most exciting ride in the world, but it can be good for cleaning your spark plugs perhaps.

It's a lot cooler further north, and so it was, hot & bothered I arrived in Tak at the designated hotel - the Home Inn

only to find that there was no room at the inn for the last arrival!
But, but I'd been the very first one to book & recommend the place to everyone else.?
Oh well....somewhat exasperated, a lively debate followed with a satisfactory result - I finally got a room in the owners quarter's 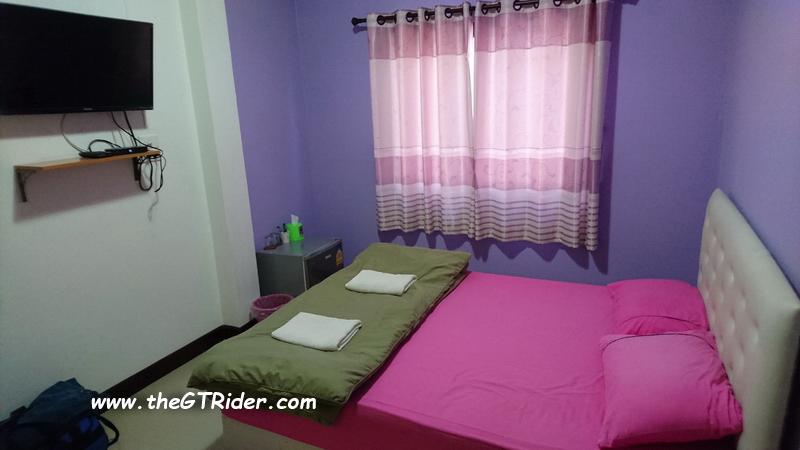 - a private guestroom I understood; and the old fellah was happy again.

Happy Hour was immediately underway with the Ambassador's supervision..

such was the joy & satisfaction of the location on the east bank, that the four musketeers continued on all night until 1.30AM, with no need to venture off sampling the culinary & musical delights of Tak. 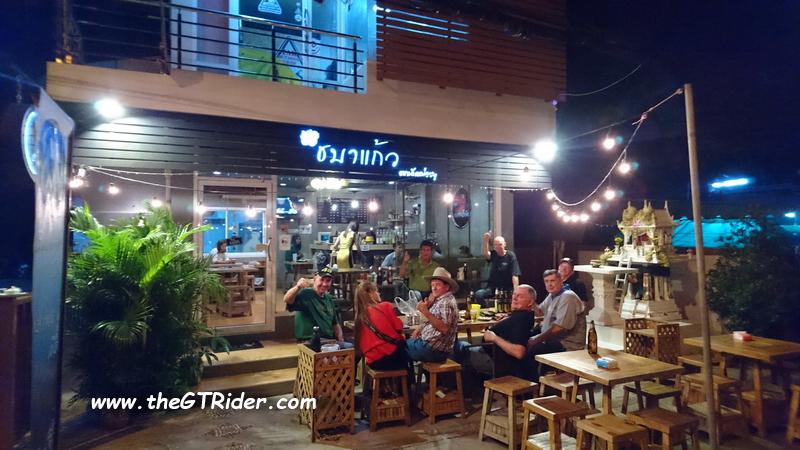 While the jury was debating the merits of Tak & riverbank locations, some of the troops set off for a dinner rendezvous on the other side.
It wasn't far just a ride across the upstream bridge & then make a turn. You can't go wrong. Just one turn.
So the Kiwi Cruiser went right & dined at the Lyrawadee & the others went left & dined at the Ton Folk. Whilst google maps can be quite clear, it is also important to agree clearly on the destination. Now having spent 2 nights in Tak & dining at both the Ton Folk & the Lyrawadee I can say that the Kiwi Cruiser was the clear winner in the food & ambiance stakes; however I maybe a winner with the staff at the Ton Folk.

Retreating from the cross river confusion we discovered the Zinzano folk pub for some light relaxation.

The Zinzano tried & tested, the remaining outlying troops retired back to the Home Inn where the heavy duty musketeers were still in full swing debating bikes & Tak city.

Tomorrow would be another day, moving on or trundling around Tak.
Last edited: Dec 14, 2018

Day two in Tak city off to the wat for some culture and history. 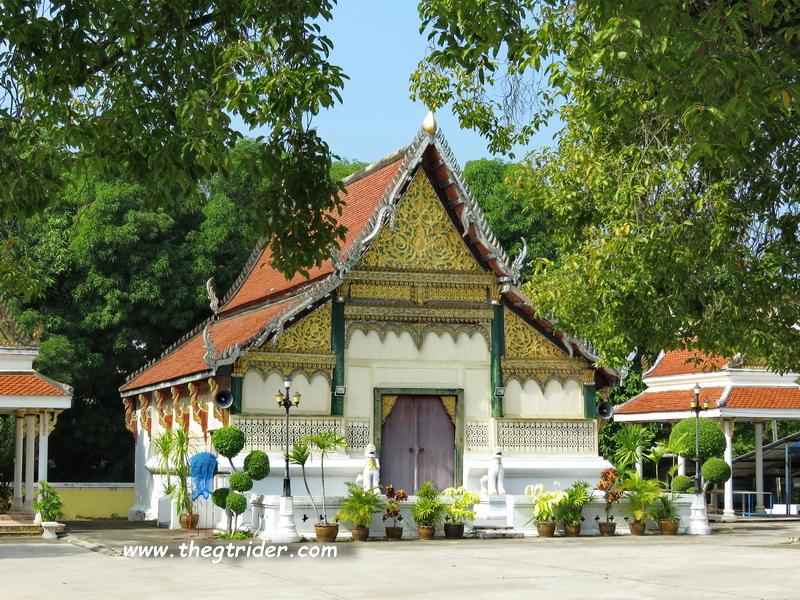 They date from 1857 AD, and were separated by a wall. However, in 1954 the wall was removed the two temples became one: Wat Bot Manee Si Bunruang. 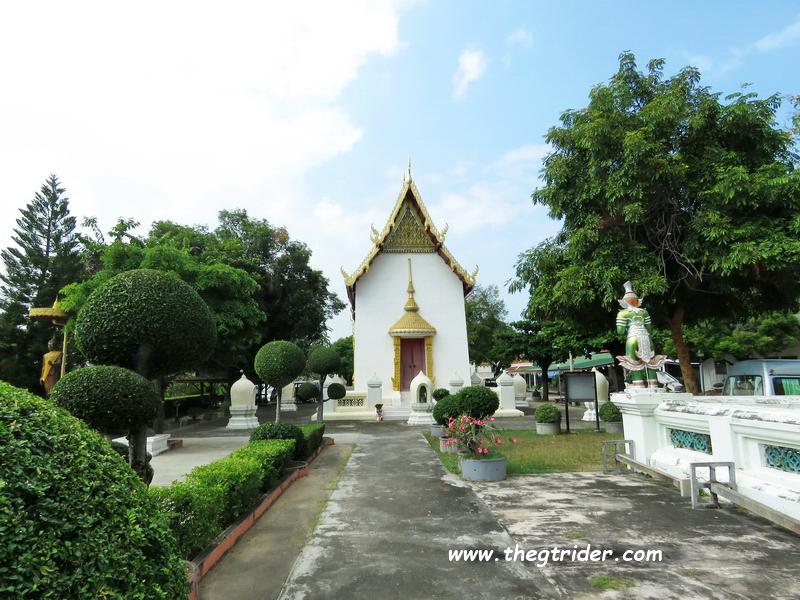 It is interesting how some temples are a bit scruffy & others perfectly looked after with nice gardens. 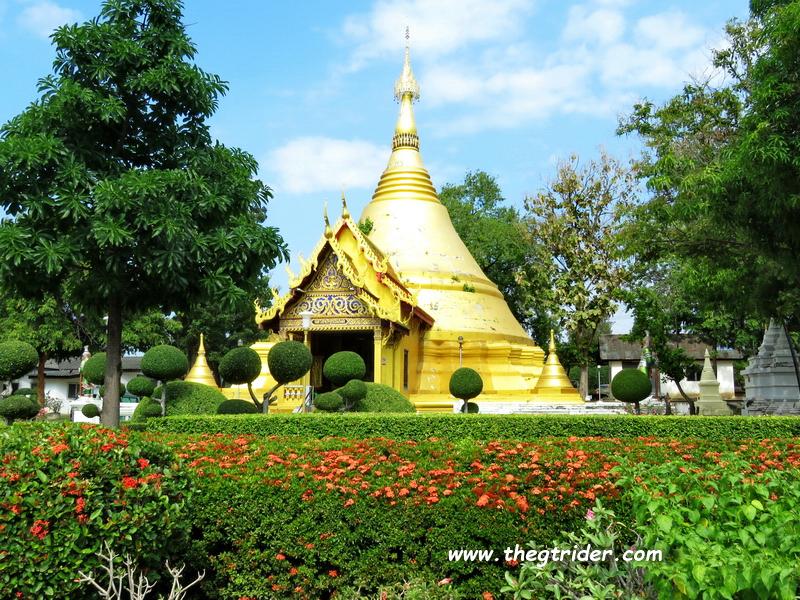 Wat Bot Manee Si Bunruang is one of the smart ones & it I had a fascinating chat with the monk responsible for manicuring the gardens - he's at it for 2 hours a day with the old hedge clippers.

Wat Bot Manee Si Bunruang is at the north end of town 3 blocks off the river.
The google maps location: Google Maps

Wat Sitalaram is Tak provinces oldest temple and has an some interesting European style buildings. 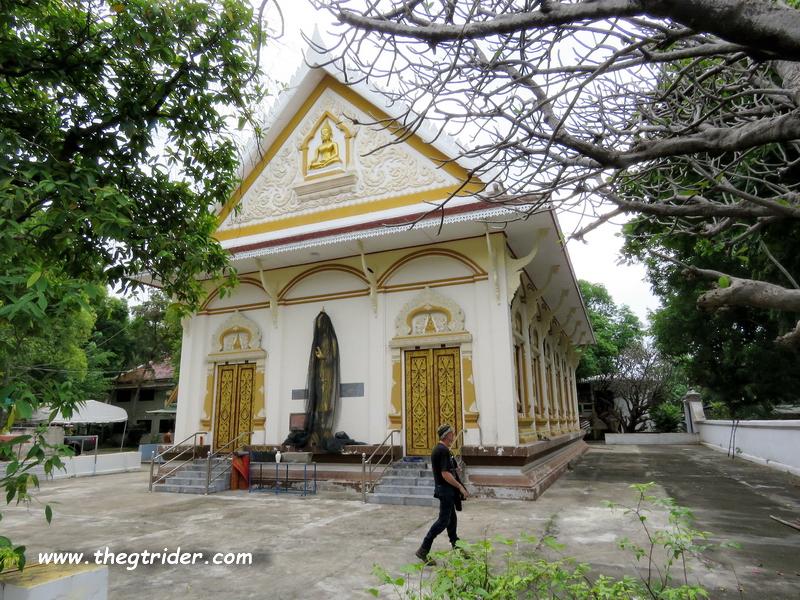 Once upon a time this temple used to very close to the river & it was called Wat Nam Hak with a pier near the river.

The Kiwi Cruiser got the jump earlier on me writing it up in March this year on GTR here The Ping River Loop: Tak, Li, Hot, Mae Sariang...

Decades ago Tak was a major trading port on the Ping river, and Trok Ban Chin was actually a river front road. All the Chinese traders and businessmen set up shops and houses in the lane. The main pier received good by boat from Pak Nam Pho in Nakon Sawan.

Under King Rama V, Cheen Teng became Luang Bori Rak Prachakorn to collect taxes on opium alcohol, gambling and lottery, however in 1909 the tax collection reverted to the government.

More Chinese moved to Trok Ban Chin and the street boomed as a major business centre.

There was a canal separating villages & a resident Granny Tong Ma, financed a bridge made of a telegraph pole across the canal, but in 1952 the local government took down the bridge & filled in the canal to become a road.

In WW2 with the Japanese occupation, most of the Chinese moved their businesses out of Trok Ban Chin, to the North.

The street was left lone for decades, but the families that owned the houses still kept them. Most of the houses are owned by just a few families, relatives of each other.

In recent years there has been a conservation project to restore the buildings to their previous glory.

This building was the Siam Commercial Bank once upon a time.

I love this classic old street. It is real, a living museum, unlike the over rated hip town of Chiang Khan with many new buildings built in the old style. Ban Trok Chin is the real deal. Check it out sometime. 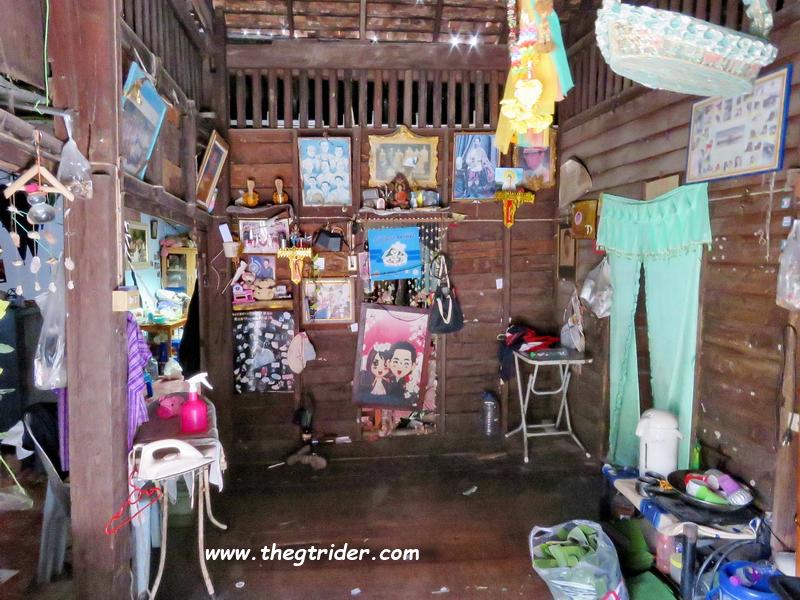 Thank you Brian for sharing the lengthy amble we had in Tak. I enjoyed the pace of it all & appreciated your patience.

Apologies too for the poor images, I had some trouble with moisture on the lens.

For those who've got a bit of time: an interesting new attraction out of Tak, that's been certified for the Guinness Book of Records.

A plan is afoot to develop the site of the world’s longest petrified log in Tak province into a world-class geological tourism destination, according
to the government.
The 69.7-metre-long log on July 8 officially earned Guinness World Records certification as the longest fossilised tree trunk in the world.

First discovered in Doi Soi Malai National Park in Ban Tak district in 2003, the log was 72.22m long at the time, equivalent to the height of a
20-storey building, according to the Ministry of Natural Resources and the Environment.

But subsequent flooding at the excavation site damaged the log’s tip and shortened the length to 69.7m.

The ministry believed the petrified wood to be of the /Thong Bueng/ (kempas) tree species commonly found in rainforests, and about 120,00
years old.

The log is 4.8 metres in diameter at its base and 1.8m around the middle section.

Varawut Silpa-archa, the natural resources and environment minister, said the ministry planned to create a world-class geological tourism
attraction at the site. 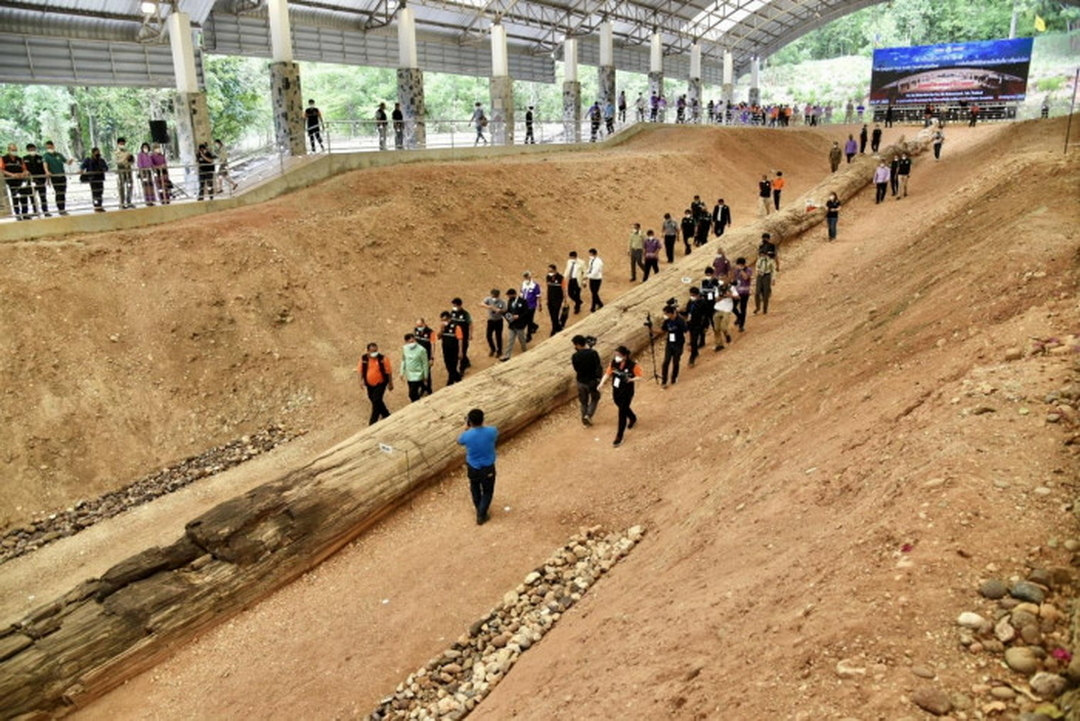 The petrified log bears unique features worthy of being preserved for study and research. It was officially declared a protected fossil site
in 2016.