GTR has been so inspired by the positive response from the Thai and expat biking communities for the annual GTR MHS Memorial Ride and requests for places in the GTR Chedi that we have sponsored a second monument in order to pay our respects to fellow bikers who may not have been so closely involved with GTR over the years, but who nevertheless we wish to honour.

So, earlier this year GTR asked permission from the abbot of Wat Doi Kong Mu to construct a second monument in memory of those riders who like us love the freedom of life on two wheels.

The Abbot was very receptive to the idea and so “The Rider's Memorial” has now been constructed next to the GTR Chedi.


Construction of the Riders Memorial took place over 4 days from Monday 24th April to Thursday 27 April 2021. 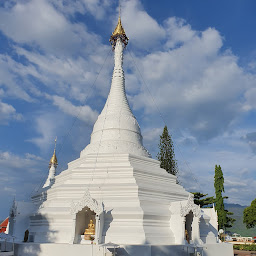 Landscaping & grassing of the GTR Chedi & Rider's Memorial site is under way.

A brief update, with some information for future planning & management.

The GT Rider Chedi Memorial site is funded and managed by GT Rider.
The GTR Memorial Committee is solely responsible for plaque installation.
Nominations for plaques can be submitted to any Committee member.
Any plaques to be placed on the memorial will be done so on the annual GTR MHS Memorial Ride in November.
A nominal fee of 3000 baht a plaque is payable, which goes towards the maintenance costs of the chedi memorial site.