A friend tipped me about 1216 and I went to check it out. What a surprise!
Good roads as the pictures will show. And it's a pleasant "detour" between Nan and Phrae, or for a day loop in Nan. Good for all types of bikes.

Winding roads all the way to the top.

The view in either direction is spectacular.

From the camping ground at Khun Sathan NP.

Wow. Some beautiful views & colour there - you lucky man.

That Khun Satan road is a beauty alright & not one that many people do I guess, because it is sort of out of the way & most riders are probably in a bit of a hurry going to / from Nan - Phrae.

Here's how some of it looks in google earth.

As you can see it has a steep winding ascent / descent either end & basically runs along the ridge line up the top.

And some pics up there from 2008
Cabbage central 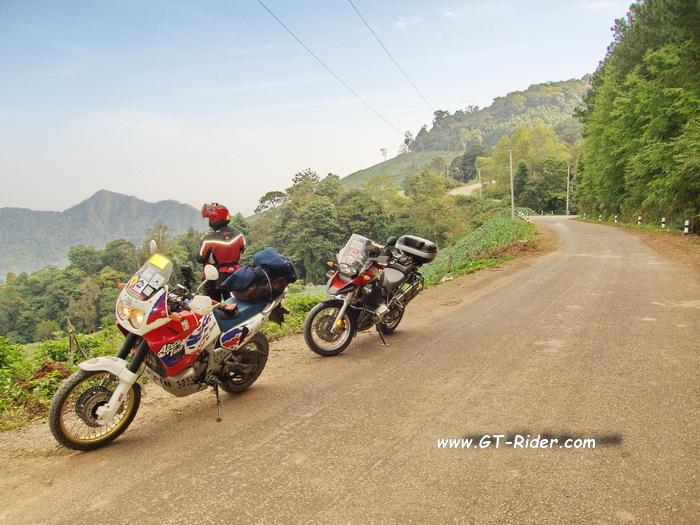 hanging out with the Mlabri

The League of Extraordinary Gentlemen Go To Nan

Blasting about Northern Thai with motoddrob

Well it has been almost two years since he was last here; motoddrob (my riding mate of some 25+ years) finally made it back to Chiang Mai. Anxious to hit the roads and give the VFR a shakedown run, since it has mostly been sitting since the flogging motoddrob gave it last time... We...

A Blast to Nan on the Evil Twin - Thanks Ernothai!

Last Monday I did a quick trip to Nan province. I was supposed to go with two other friends, but they flaked out. So, it was Wimpy on his own again. I managed to get out of Chiang Mai about 10:00 heading out route 116. I stopped for a tasty breakfast at Pong Nam Ron, and then on to Wang Nua...

Oddvar thanks for bringing R1216 back to attention - its been a while since we saw a report on it. Much appreciated.
Last edited: May 8, 2022

Very Impressive! Great stuff Oddvar! The Tribe Guy with You David Looks like a Head Hunter from Borneo!!!

I think the man is from the Spirit of the yellow leaves.
J