A bit of advance warning for anyone who maybe interested,

It has featured on GTR here before
Huay Gwan Memorial

In honour of a the government officials "massacred" by communists in 1970.
A fascinating story & worth reading on GTR.
Last edited: Jul 6, 2017

Thanks, David. I've noted this one, as it's close to me. Easy to access now, concrete road all the way.
Yes, real history.

I attended the 2017 Huay Gwan Memorial Day and it was a very organised and packed event. Seemed to be over 500 people and nearly all were government people in uniform.
The area in front of the memorial has now been paved and fences were set up for hanging floral wreaths on.

One of the dozens of wreaths being carried in. 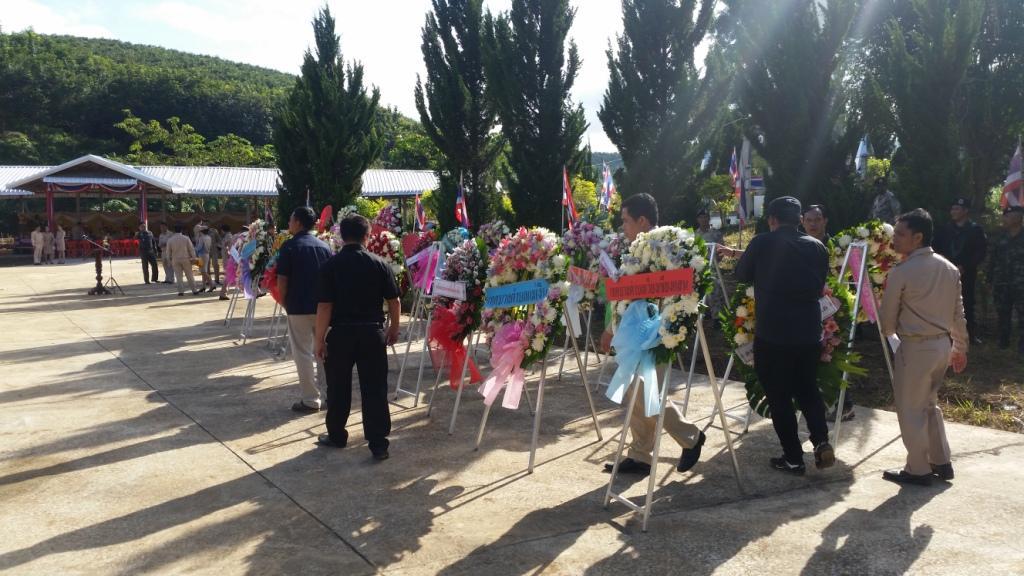 This wreath from the Mayor of Chiang Saen

Huay Gwan is a U-Mien (Yao) village and there were many local ladies dressed up for the event.

It that seemed every one of the many different government departments was represented.

This lady remained unperturbed by it all, there was embroidery to be done....

The sun was behind the memorial so photos were difficult.
But one at a time, the wreaths were brought forward from the various depts and a small prayer was offered, before the wreath was hung on the rails to the side. 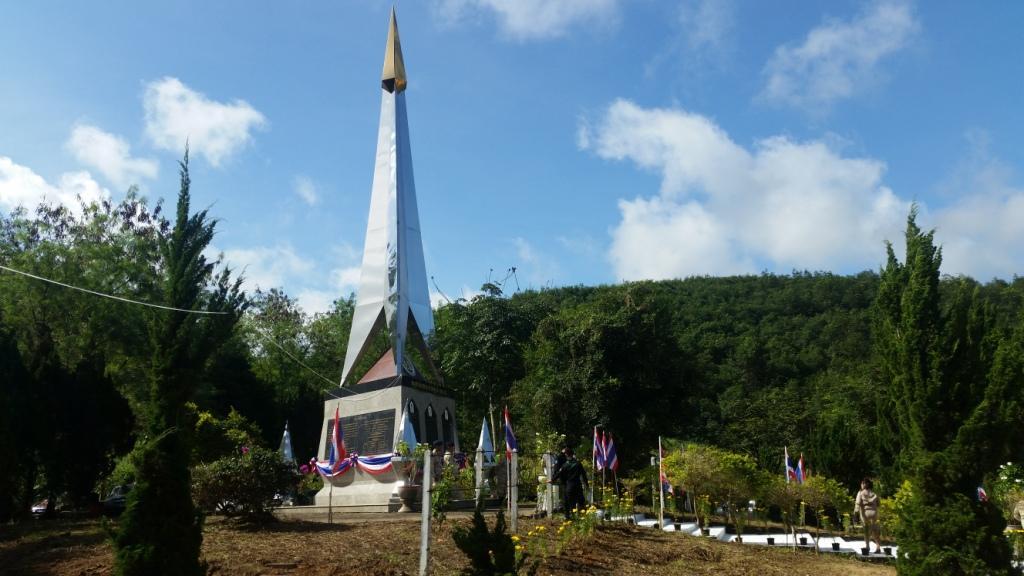 the village recently dug some "monkey cheeks" in the river, next to the parade ground. But across the river, can be seen the original salas that were built, exactly at the spot where the 3 men were gunned down.

The men who died on 20th september 1970, were the Governor of Chiang Rai province, the Chief of Police of Chiang Rai province and the Senior army commander of the province. As the communists had promised to surrender their weapons, the 3 men were unarmed. There were some other men there too, who escaped the carnage; the Mayor of Chiang Saen and presumably the pilot and co-pilot of the helicopter.

I also got a brochure telling the full story of the murders. For more info on this fascinating story, follow the links above.