The September 2018 GTR Up country dinner was on in Phrae, Wednesday 26th September.

September 2018 The next date & venue the last Wednesday of the month in September is Phrae (to avoid complaints about no night life) on Wednesday 26 September 2018. Some Phrae Info Phrae Accommodation Phrae Restaurants Phrae has a lot going The Free Thai / Seri Thai Museum - Phrae A...

My return trip from Chiang Khong to Phrae was a 3 night 4 day event & covered 644 kms.

Going via Chiang Rai enabled me to get an oil & filter change at Ban Chang, after the 100,000 kms service on the Vstrom @ Piston Shop in Chiang Mai, when a new clutch was put in. 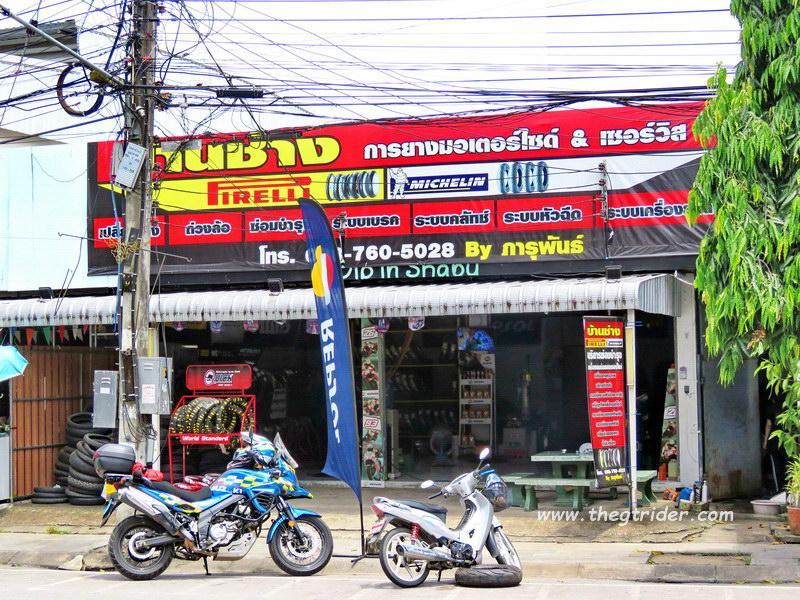 He's featured on GTR before here:
Tyres - what where to get them.


Going via R1154 brought some nostalgia as this used to be a favourite old dirt road through the forest, "back way" ride into Phrae.
The forest is still good, the road is no longer dirt of course, but there is zero car traffic on this road & it is a gem of a ride. 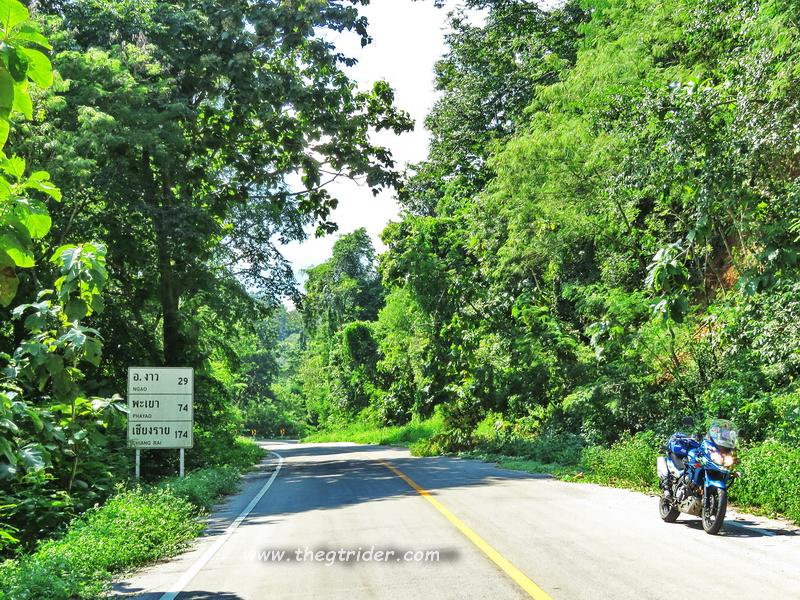 the bridges were classics

R1154 passes through the old city of Song, which is one of those over looked out of the way back water places, but it has some interesting history & once had an ancient walled city in adjoining Ban That Phra Lor / Klang.

And in Ban That Phra Lor / Klang. lies the famous statue of the three murdered lovers featured in "Lilit Phra Lo," Thailand's most famous piece of literature.


Song and Suang are two cities with royal rulers. When Suang attacks Song, the king of Song is killed, but the city is defended. The son who succeeds has two daughters, Phuean and Pheng. When the king of Suang dies, he is succeeded by his son, Phra Lo, a man of "incomparable beauty."

Princesses Phuean and Pheng hear of Lo's beauty and fall in love. Their maids Ruen and Roi arrange to have traders sing of the princesses' beauty so that Lo hears and falls in love with them in return.

The maids search for love magic to draw Lo to Song. All adepts refuse, saying their skills will not work on a king. The maids are taken to see Old Lord Tiger Spirit, deep in the mountains.

Lo leaves with a great army. Along the way he is torn between thoughts of his queen, consorts, and mother left behind, and his obsession with the princesses ahead. At the frontier, he sends the army home except for a hundred troops and two manservants, Khwan and Kaeo. They get past the border guards by bribery and subterfuge. At the Kalong River, he is again torn between going onwards or back home. When he looks for an omen in the river, the prediction is that he will not survive to return home, yet he decides to travel on. He leaves the remainder of the army behind, and sends ahead the two manservants who find the royal park of Song.

Impatient at the delay, the princesses send word to Old Lord Tiger Spirit, who arranges for a beautiful cock to lure Phra Lo. He meets up with his manservants and they enter the royal park.

After the two princesses and their two maids all dream the same dream, the maids travel to the royal park. The two sets of servants meet, pair off, and make love in a lake, on its bank, and in a pavilion. They reluctantly part to fetch their respective master and mistresses.

Lo and the two princesses meet in a pavilion in the park. The four servants withdraw. The three make love. Outside, the four servants restrain themselves for fear of giving offence to a royal residence. The three bathe, eat a meal, and swear undying love. The princesses and their maids leave to return to Song before evening falls.

Lo and his manservants follow and enter the palace under cover of night. After they have stayed secretly with the princesses for half a month, word leaks out. The father of the princesses is angry, but once he sneaks a look at Lo, he realizes Lo will be a perfect son-in-law, and starts arrangements for the marriage.

The late king's widow sees an opportunity to take revenge for the killing of her husband in the war between Suang and Song. Though the king ignores her pleas for vengeance, she secretly sends a murder squad. In the ensuing battle, the princesses come to stand beside Lo, and all three are killed by poison arrows. The four servants are also killed.

The King of Song is devastated. He has all members of the murder squad killed, and has the widow first flayed, then dragged to her death. The mother of the princesses is distraught to the point of madness.

Arrangements are made to cremate the three royals and four servants in royal style. An envoy is sent to inform Suang. After pondering revenge, the mother of Lo decides to send envoys and presents to the cremation as a gesture of reconciliation. After the cremation, the relics of the three royals and four servants are evenly divided. In both Song and Suang, memorial stupas are erected and the relics are simultaneously interred, followed by a festival and merit-making.

The city of Song has been identified, but the jury is out on the city of Suang; however it is probably Wiang Lor, which has featured on GTR here:
Chiang Mai - Nan explorer ride.

The old chedi that is claimed to hold the remains of Phra Lo.

The grounds of Wat Phra That Phra Lor are somewhat rustic to add to the history & atmosphere. 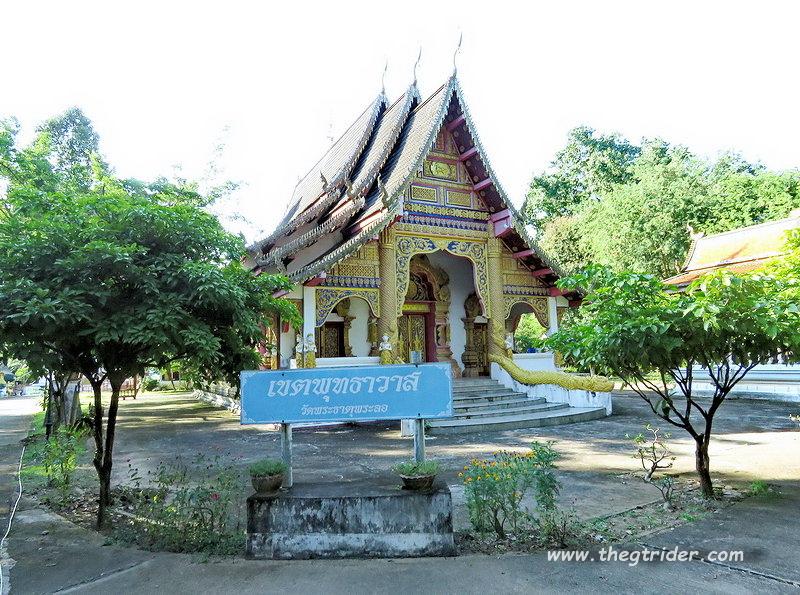 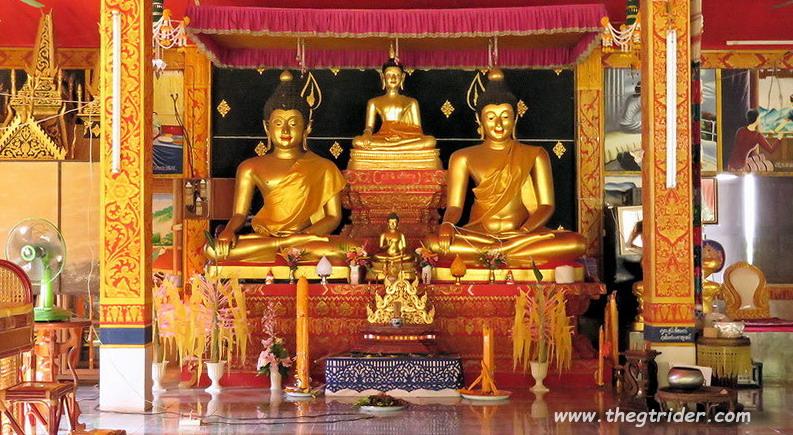 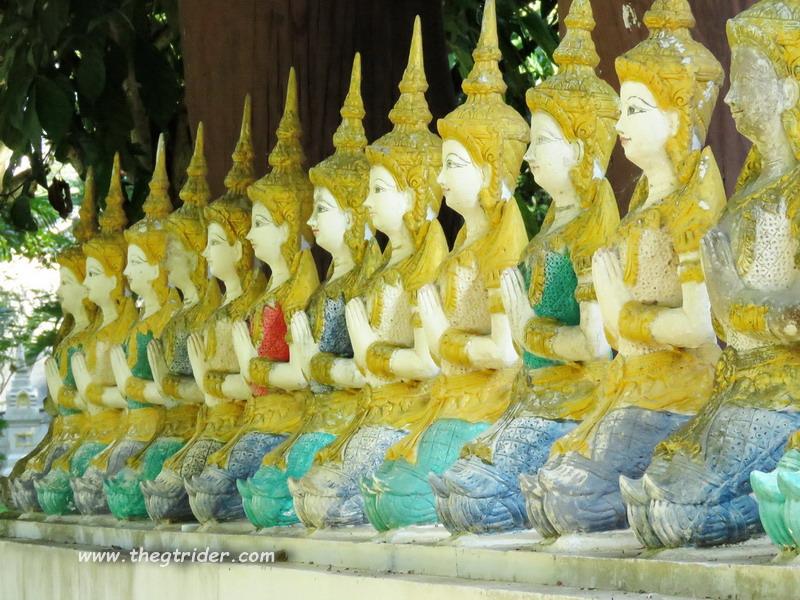 There are some superb views of the rice fields from the perimeter of the wat.

The entrance to Wat Phrathat Pha Lo is marked by a giant bird.

The signs you need to look for

There's good history in there. Don't turn your back on it.

Good report and information, Thank you.

The front facade of the Phoomthai Garden Hotel includes a memorial to Phra Lor and has a similar make-up to the Phra Lor statue in your photos above, complete with arrows.

The poem of Phra Lor is thought to have been written around the year 1500, in an ancient form of the Thai language that only used 3 tones, rather than the modern Thai with 5 tones. It is regarded as one of the great classics of early Thai literaure and like all great classics, has an intriguing plot of Kings, warfare, victory, lust, sex, violence and revenge.

Update
Returning from the GTR dinner in Wiang Sa 29 July 2020 with Youngie.

The chedi at the temple that was under repair 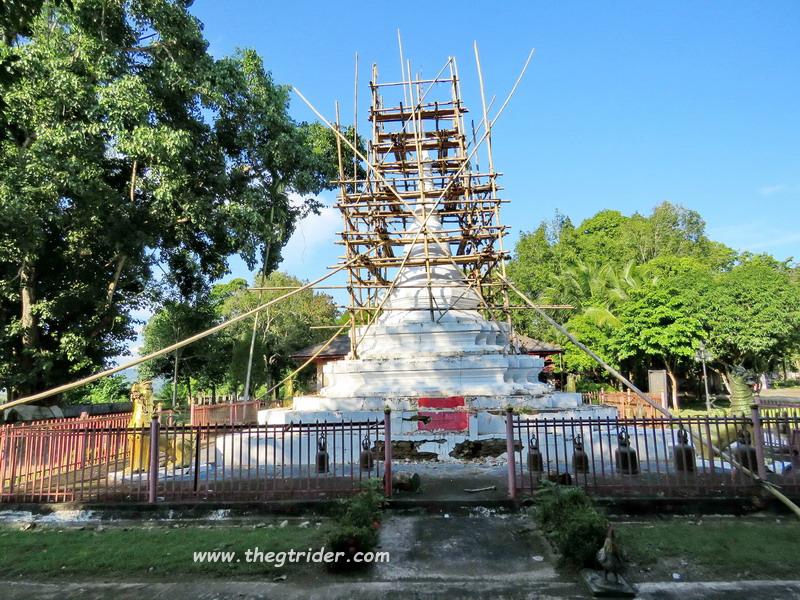 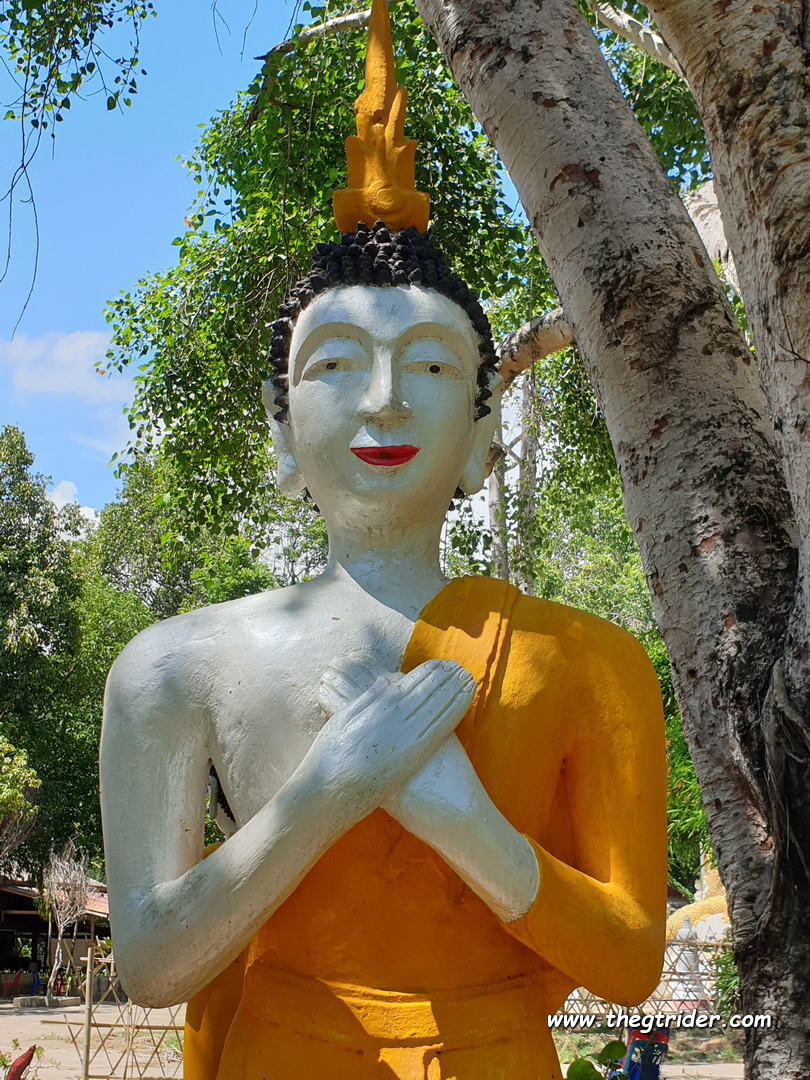 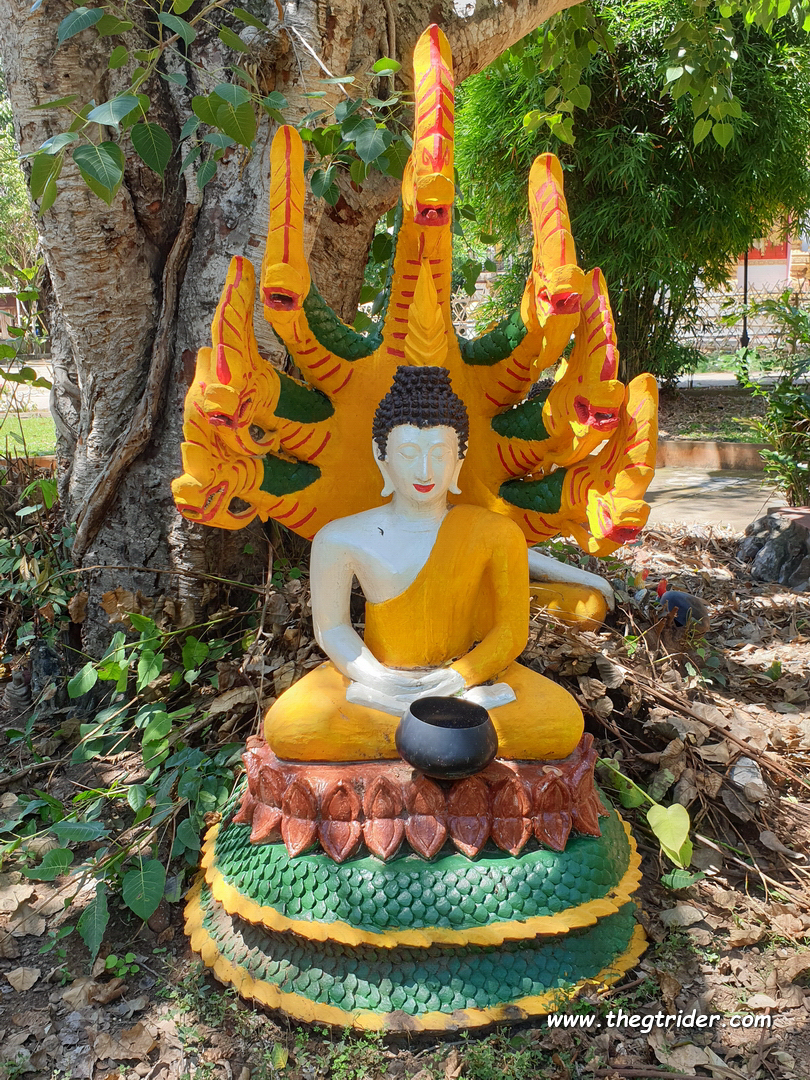 and then you've got the weathered old fellah

still plodding on, doing his thing.

Down the road 50 metres from the temple is the Lilit Phra Lor Park. 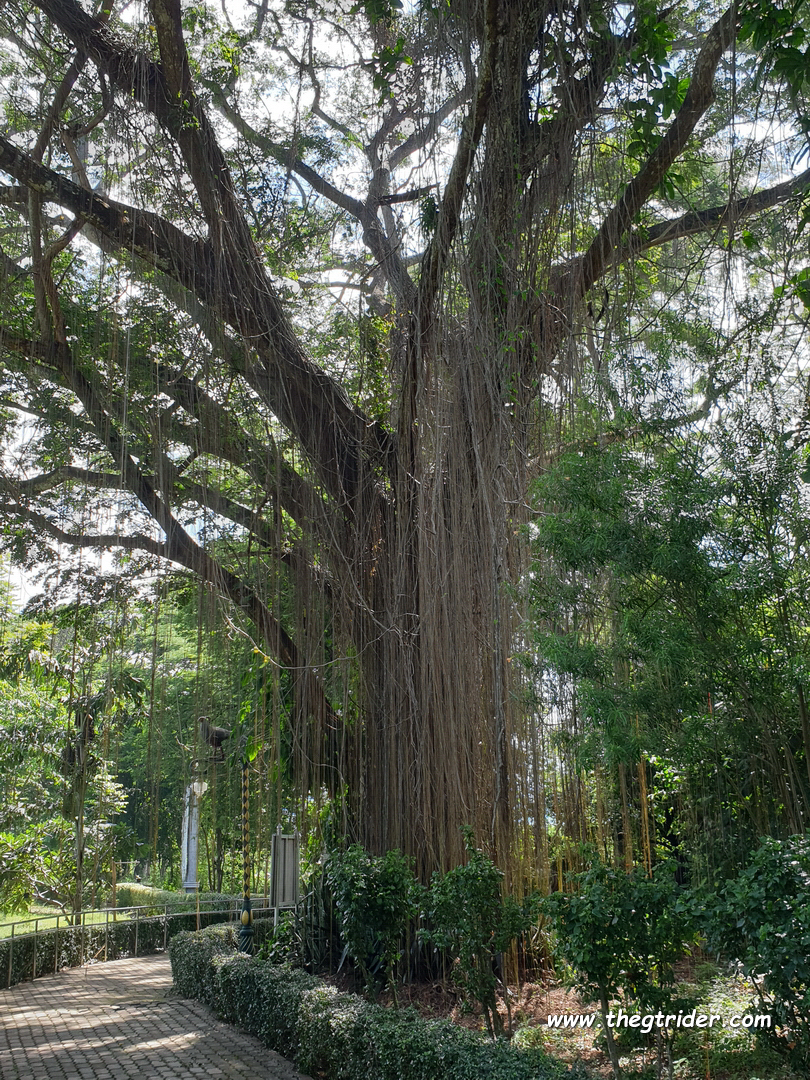 The free museum was open & we got a guided tour around the park by a happy employee. 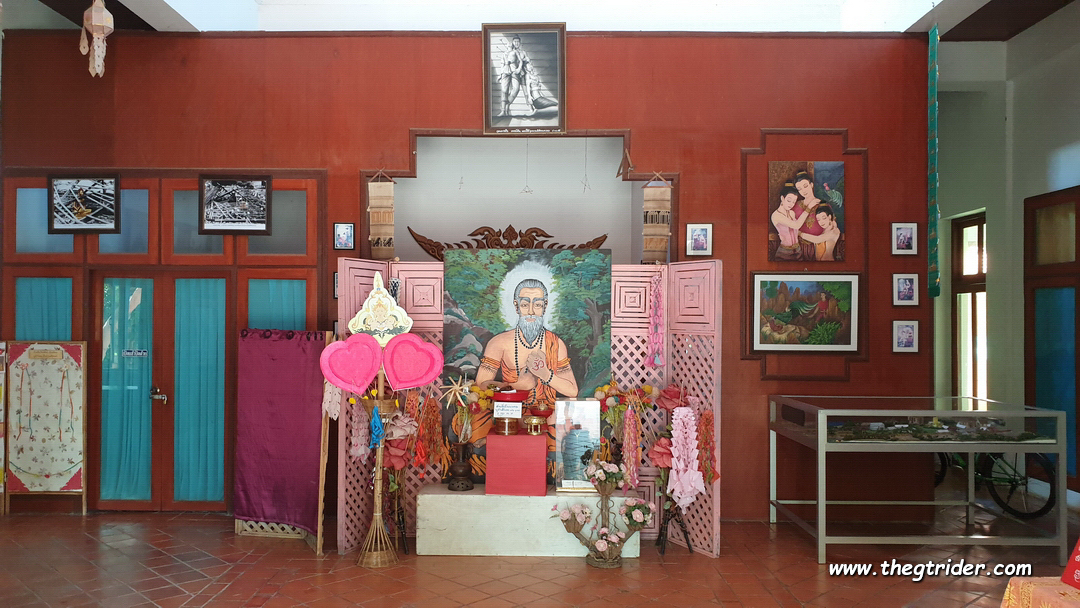 The museum has a model & display of the history of the old city, plus a display of ancient artefacts found, and the 3 lovers story of course.
But zero information in English; however you do get a free English brochure with the story..

in the grounds of the park is a man made grotto with Song's most important shrine. 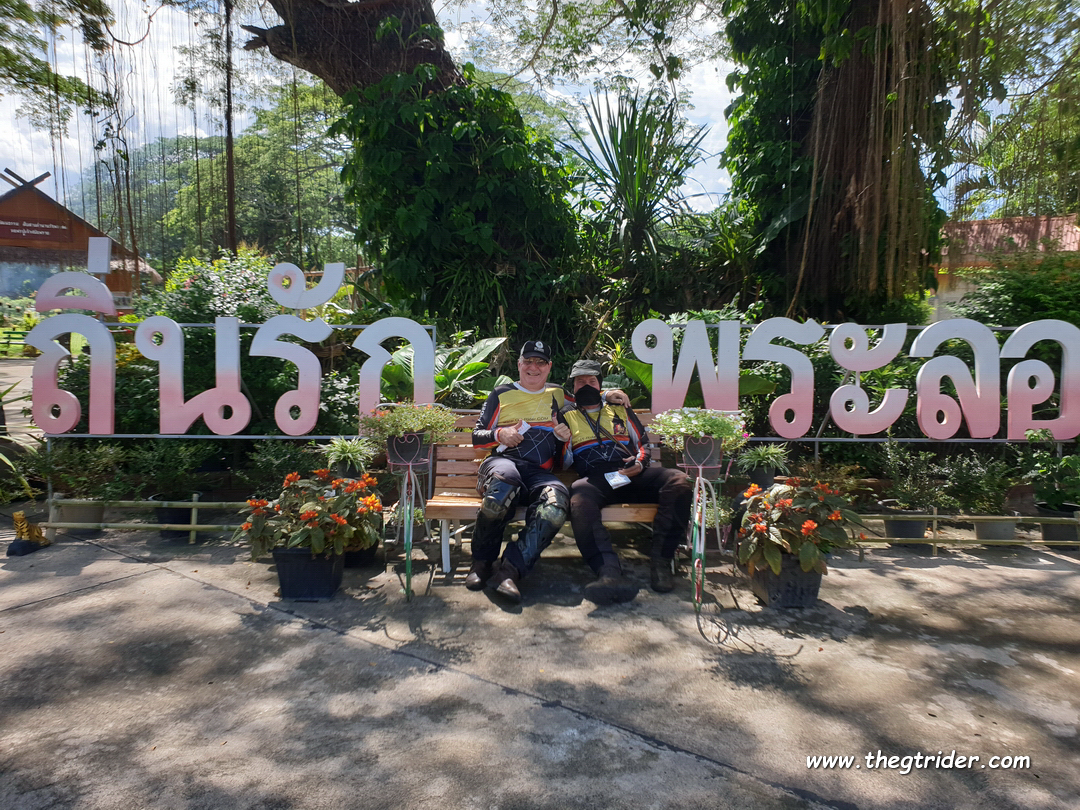 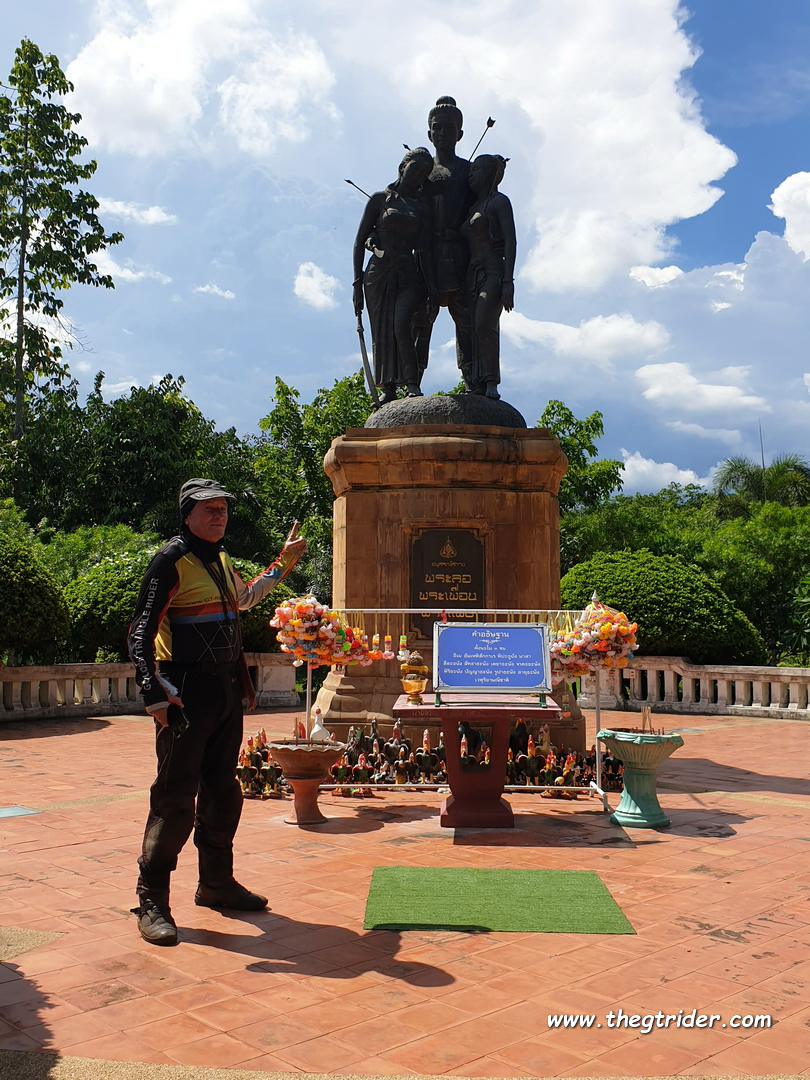 Check it out sometime...it's well worth a look & ticking that box.

Song city has a stunning little temple - Wat Si Moon Ruang, located on R1154 in the centre of town. 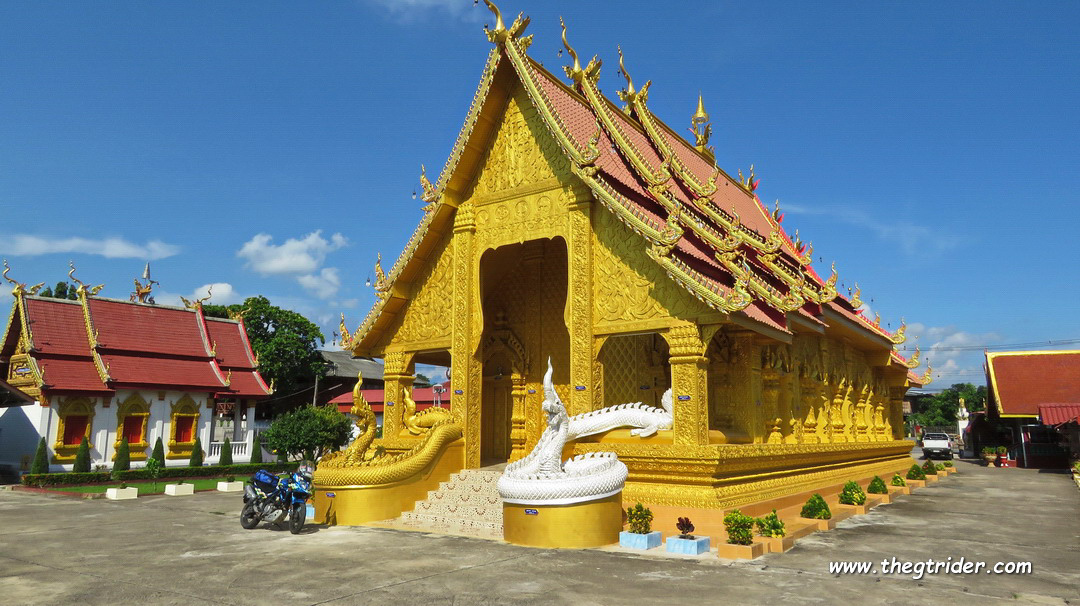 The golden rear of the Wat provides a stunning back drop for photos in the late afternoon, & I must stop next time, rather than pick up on it the next day coming back. 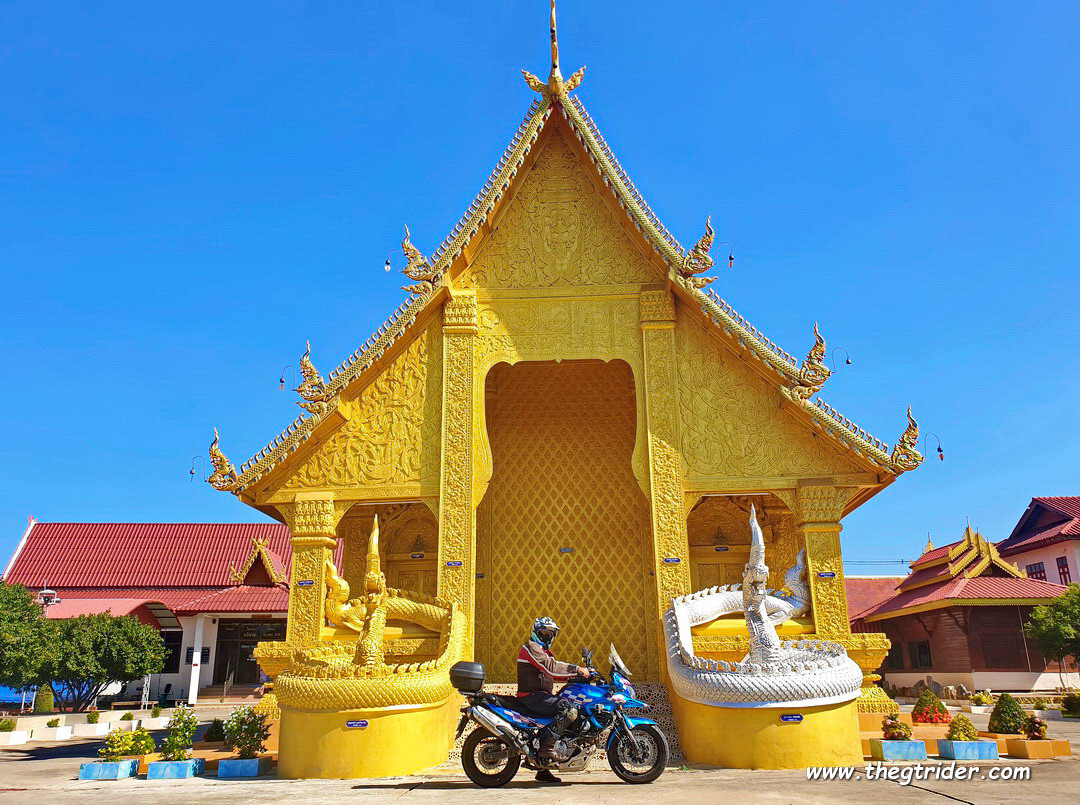 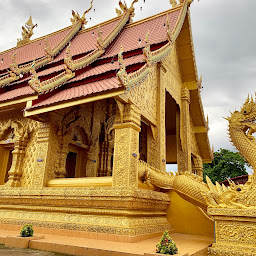