Tragically Keith was killed in a motorbike accident yesterday, doing what he enjoyed most - riding his bike.

Keith was possibly the oldest expat rider in the North. Resident in Chiang Mai for over almost 2 decades, he was aged 83, from the Isle of Man, he lived & loved for riding his bikes. He was passionate about it & also a very kind, compassionate man with many friends in the North.
Keith came on multiple MHS Memorial Rides, Chiang Mai Toy Ride Events, plus the 2nd GTR MHS Loop Day Scooter Ride.
He will be sadly missed by many, for he was well respected & enjoyed life with us.

Day Trip: The MHS Loop on a Honda Dream.

Don't know if you guys would find it useful to have someone with a truck following the group carrying what ever may be needed (fuel for Franz's bike, etc.) but can join either on the 5th or the 6th - just let me know.

Friday, 22 March 2013 Join us for a ride to Phrao, where we will be donating personal items, and of course TOYS, to the 52 children of this school. We will also be sponsoring the building of some new hygiene infrastructure and repair to a buildings roof. The school is located in an easily...

Tragic news Tom Forde, active on GTR & a pioneer rider in S E Asia was killed in a bike accident - "hit from behind" just out of Phayao, Sunday 28th August 2016. Tom was with me surveying for the first Laos guide map in 2004 we had some outrageous times & adventures. It was never a dull...

Miraclously, Keith survived racing at the Isle of Man, plus a heart attack a year ago in Chiang Mai where he lay alone in his house for 2 days.
His death in a local road accident yesterday has shocked everyone.
Our thoughts & sincere condolences go to his close friends & family.
May this lovable, kind gentleman Rest In Peace.
Last edited: Jun 14, 2022

2012 MHS International Music Night - & what a fantastic night this was!

Well the First Mae Hong Son Music Festival has come and gone so here is a little report on My Trip to join it!. We meet up in Town at the Kafe on Friday Morning 4th of May. Richard and Robert both on Versys and My Friend Geoff who came up after ANZAC Day on a POP Rental, 2012 ER6n. I took the...

A brief update for those wondering what's going on.

Keith's son Ian, is on the way out from the UK soon. As the next of kin responsible, he will decide what goes on next.
Keith's body is at Suan Dok hospital, & it will not be released until Ian is here & he decides what he wants to do, organize a funeral or whatever.
So it will be several days before there is any funeral announcement.

The accident happened on the outer ring road on the south side of Chiang Mai.
There were only 2 vehicles involved.
The culprit driver came out of a side road, drove straight onto the highway on the fast lane, blocking Keith's travel & he ran into the back of the car.

There's a dash cam VDO (front & back) from Keith's bike that is with the police now.
There's also dash cam vdo from the car. The Chinese lady driver, never stopped or slowed coming out of the side road, she doesn't speak Thai, only Chinese so a translator is involved. 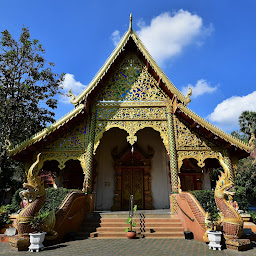 To be re-confirmed..
B

Wow thats so sad and unfair this to happen. He looked so young and fit for his age. So sorry for this to happen him he and his family are in my thoughts rest in peace Keith.

There is a delay in getting his body released from the hospital due to incomplete documentation, waiting for a final police report.
However the cremation is still booked for Thursday.
So it is possible there will only be 2 nights of prayers, or even 1 night of prayers, should need be.

There are no cremations on Friday, so if all this fails, the cremation is planned for Saturday, with Buddhist prayers on whatever nights are left before Saturday.

Buddhist prayers will start @ 7PM in the evening.
You should be at the temple 30 minutes before = 6.30PM.
E

RIP, Keith, and condolences to your family and friends.
It is truly something where, when you depart, people are grateful for their time with you.

Some images from the funeral that I was unable to attend.